This is my latest terrain project although its primary use is not terrain. I have struggled to get photos for every blog post and so I thought this would be a good way of having a unique image for each post that was still 40K related. My first article that this board was used for was The Meta. 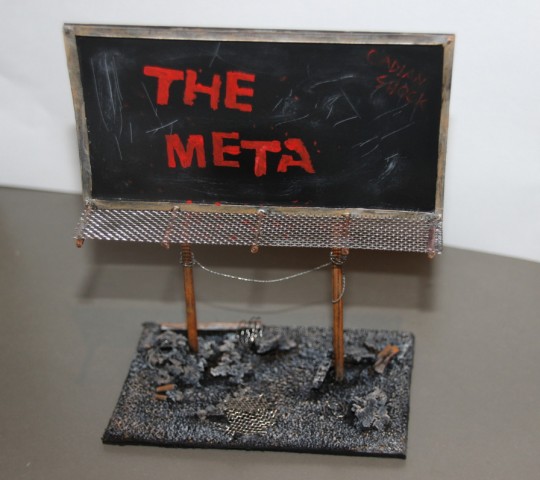 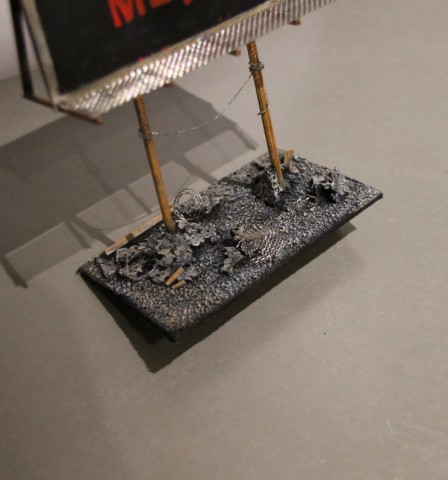 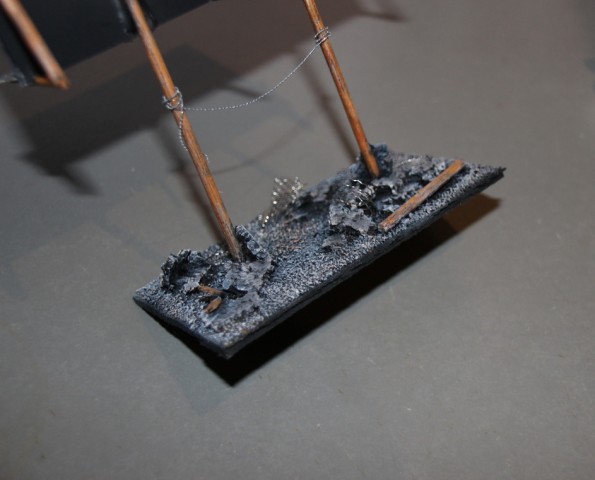 I started out with the Plasticard

board that was pretty simply to make. One piece of board 4.5″ x 2.5″ with 2 or 3mm plasticard. The board edges were made from the same card, each 3mm wide. I used cocktail stick ends for little rivets on each corner. I then used cocktail sticks for the 5 supports used for the metal decking. I cut little slots for each of these so they’d be easier to glue and so that they were flush with the board.

When glueing this I used two boxes either side of the board to ensure it stayed straight while it set. For a lot of the glueing I used a very small amount of EvoStick

which you must mix first but it sets rock hard and goes tacky quickly so you can move onto the next job relatively quickly. Try not to use too much, because it sets rock hard if you use a lot it will spoil the model. 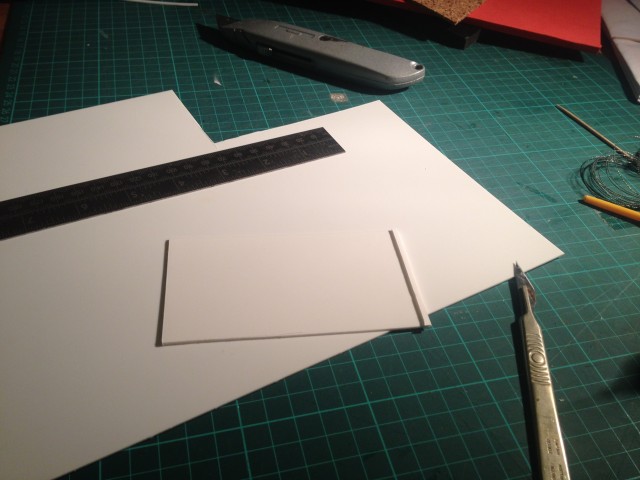 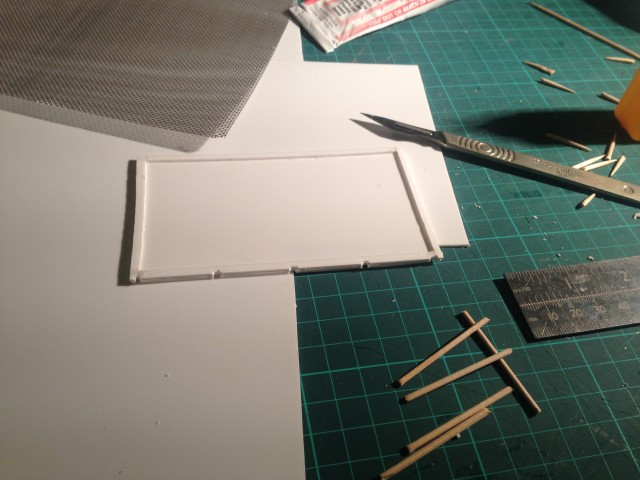 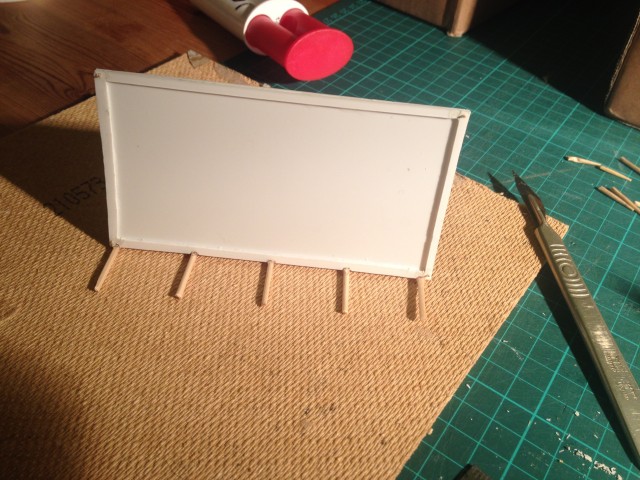 The base is made from basically the back of a clipboard, its known as masonite in the USA and in the UK its known as Hardboard

. You want it to be fairly thick, 3 or 4mm to ensure its sturdy. Its pretty hard to cut without a powered jigsaw, but I managed it with a craft knife, some force and a few passes. The supports were made from wooden Kebab Skewers

, these were not ideal but were what I had to hand. They can be very stringy so be careful when cutting them otherwise you will shred them.

The skewers were then glued using PVA glue to the hardboard base, I made holes in the base first for the skewers to sit in. I then supported them using a similar method as before. I placed a box either side of the base right up against the skewers to keep them upright.

The base I lathered in PVA glue, then used Modelling Gravel

and torn up Cork Sheet

to create the first layer of basing materials. This is relatively easy and just needs to be random. Be sure to get gravel up to the edge of the base but not over the edge. 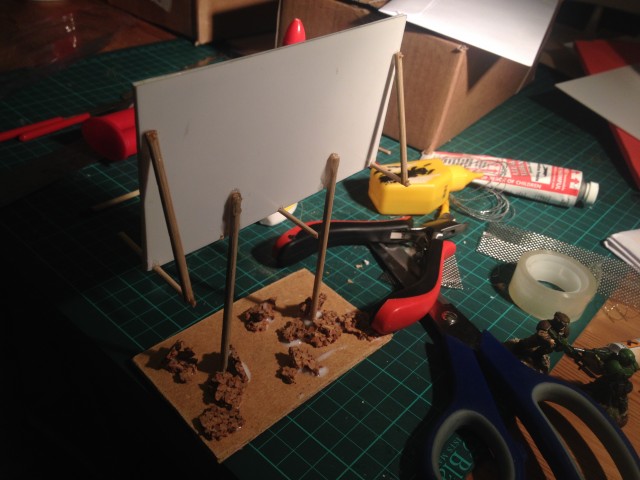 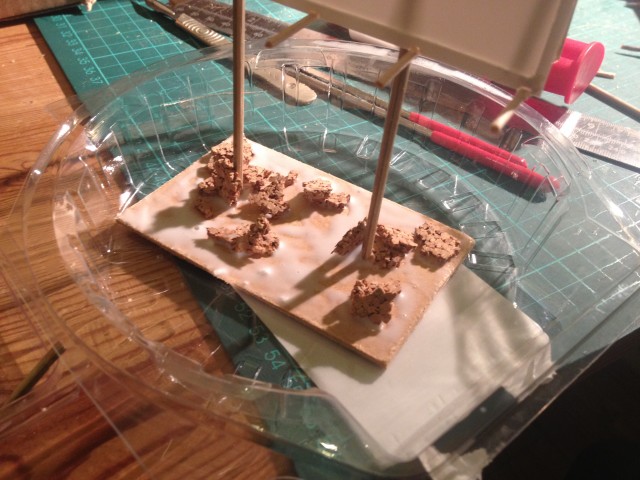 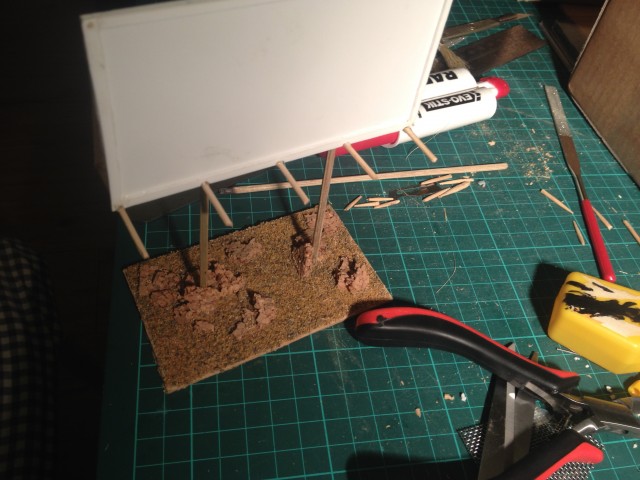 Base and Board – Front

Let The Board See The Base

Glueing these together was fairly tricky and the hardest part of the project. I had managed to get most of the edges straight so far, so if I messed this up it would ruin the whole look. I created an elaborate scaffold of boxes, an ice cream tub, skewers and paper to support the board on the base as it set, again using EvoStick. 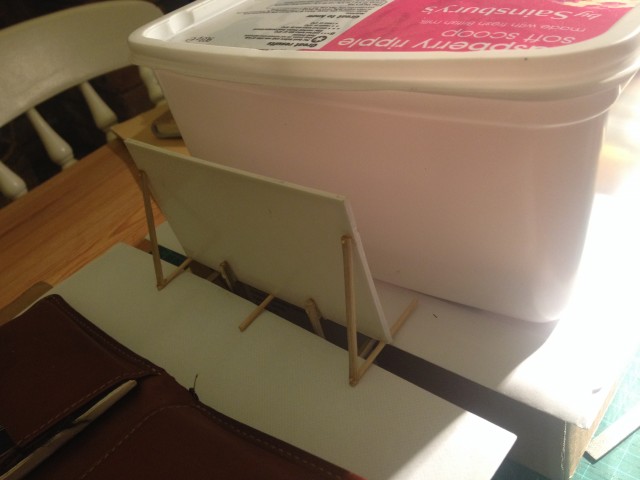 Glueing Base to Board 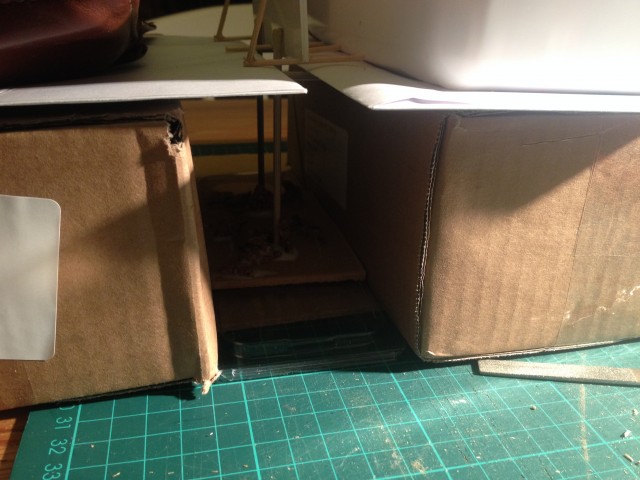 Glueing Base to Board

Make sure you paint it before you add the wires and other metallic parts! This was relatively simple, I’ll just run through each section quickly.

With the base I found it very black, so I went over and over again until I got the right amount of grey and highlights on the edges of the cork and gravel.

With this I was going for rust, but it might more like wood? Either way I think it worked!

to the base and around the posts. The decking at the front is made from a Metal Mesh Sheet

cut to size. Half sections of skewers were used for supports behind the board. All this was added using EvoStick again. 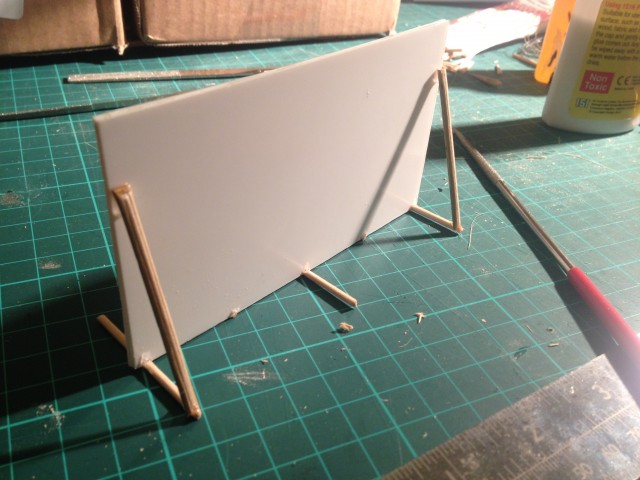 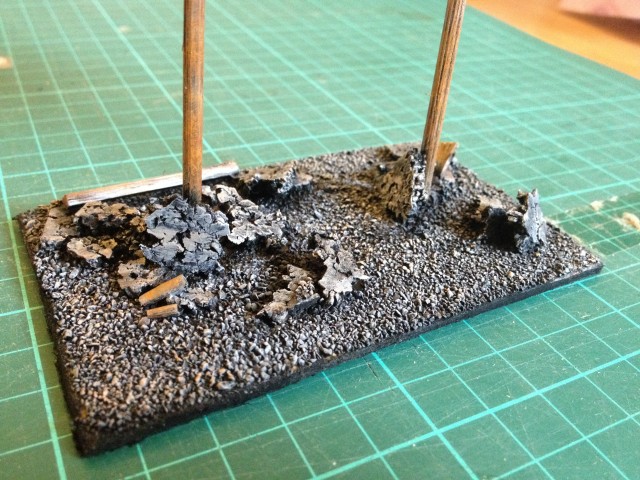 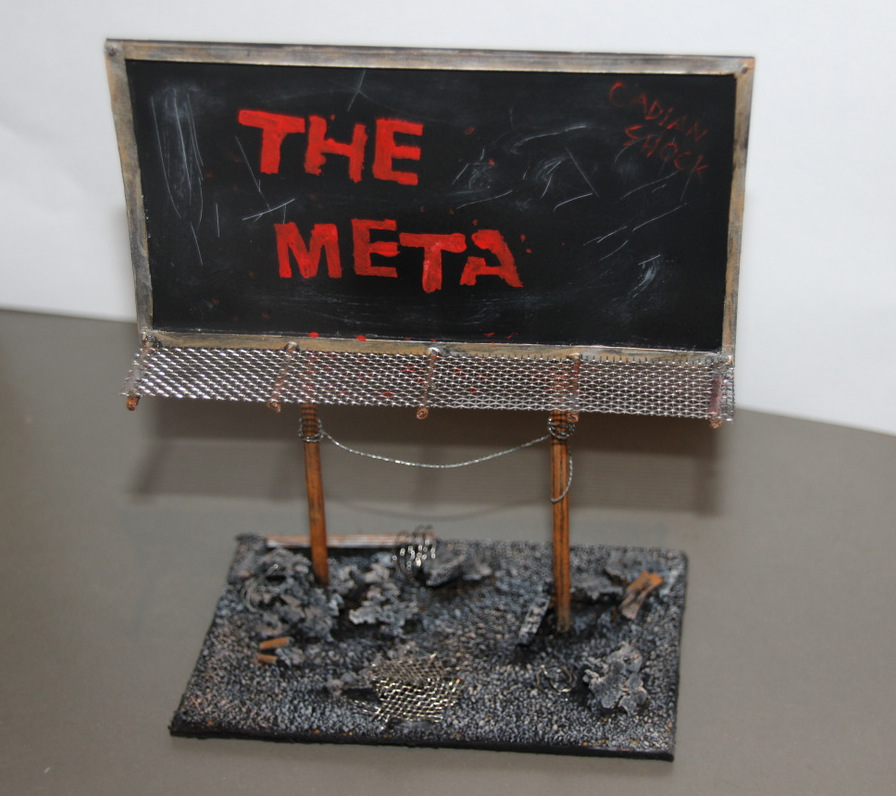