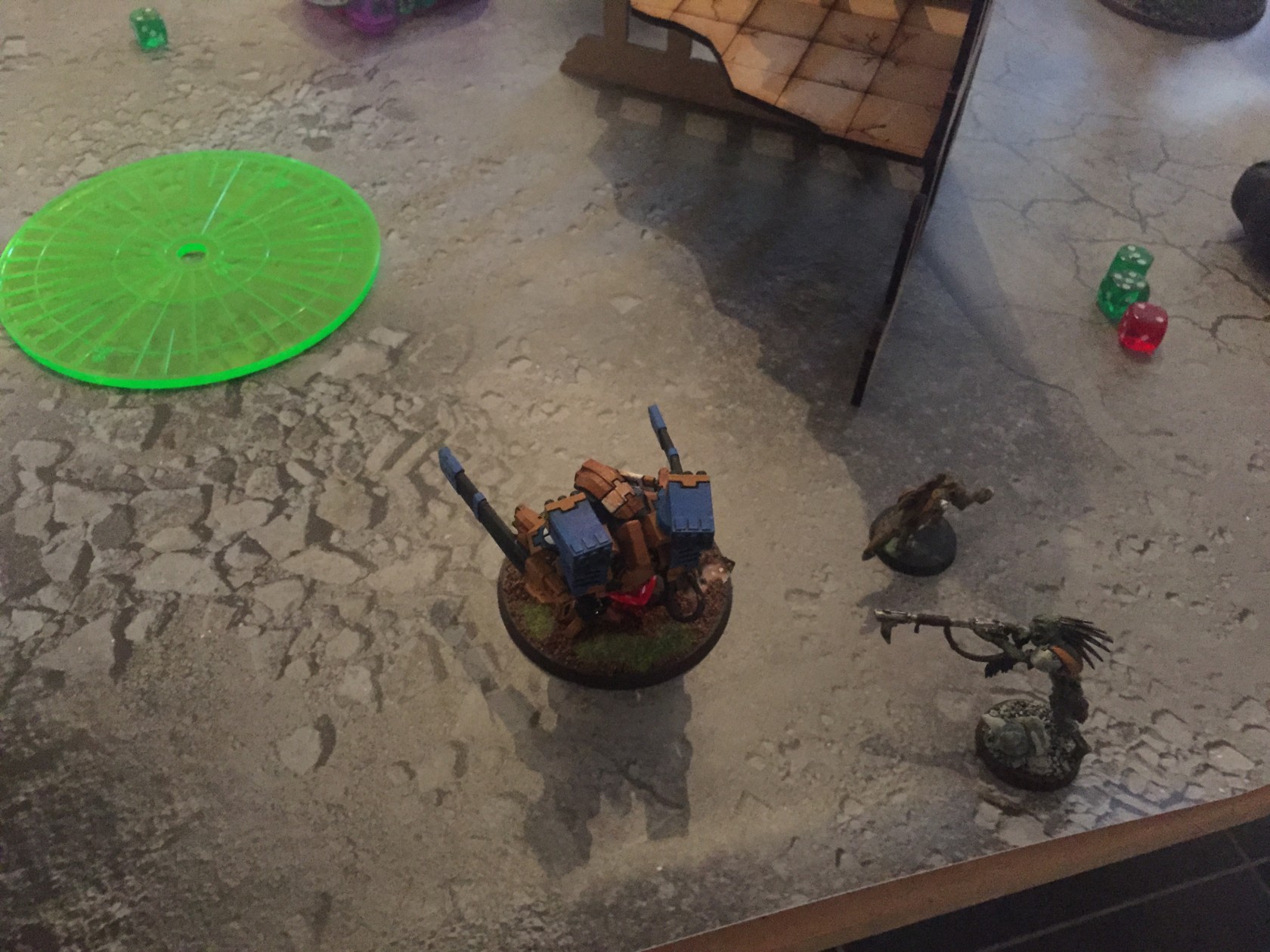 Blasts Only With The Guard – Don’t

Ever have that little thought and think, there could be something in this. Eureka! Blasts! This is one of those thoughts.

The Imperial Guard’s BS3 is arguably one of their biggest weaknesses. Having a big gun doesn’t necessarily mean you’re destined for greatness. You’ve got to know how to use it too. I’m sure there is a “that’s what she said” joke in there somewhere. But I digress.

Naturally my thought process turned to mitigating that weakness. There are orders of course and Pyskers to help those troopers point their flashlights in the correct direction – but that’s obvious. And who wants to read about the obvious?

I feel that comparing like with like is going to be tough here. For example no blast has the same Strength and AP as a Lasgun. Also blasts can hit multiple models, but can’t be rapid fired and can’t be used with first rank fire second rank fire. There is of course the Flamer which generates auto hits but at such short range its not comparable – so I am ignoring it.

All this perhaps makes the whole exercise pointless. But less of this negative chat, onwards with spreading the Emperor’s Word using blasts.

What Are We Looking For?

All said and done a regular Guardsman will hit 50% of the time. Better than an Ork, worse than a Space Marine. This 50% is usually at S3 AP- which just about every blast weapon will beat, so if we can increase the hit percentage with a blast weapon and get an increase in Strength and AP then we’re happy.

Our criteria for beating a regular Guardsmen are;

I arrived at 5″ or less because at 5″ the template is only moving 2″ once we take into account the BS of 3. This 2″ movement should be small enough that the original position is still hit. The radius is 1.5″, thus a 2″ scatter only moves the template half an inch from its original location – taking into account the size of a model’s base then a hit can be expected still. So a hit or a scatter of 5″ or less is the aim.

Chances of getting 5 or less on two dice;

Meanwhile you have a 33.33% of getting a direct hit with the scatter die;

Our final chance of hitting is

And so there we have it, using a small blast template you have a 1.848% better chance of causing a hit over a single shot Lasgun. What a waste of time.

Its not much better. One could argue there is more chance because if you select a vehicle or a large blob of infantry then you may still hit something with a scatter of 6″ or more. But thats not accurate and I can’t account for that so I will ignore it, conveniently.

All of this doesn’t seem like a good idea, going small blast heavy for the tiny percentage gain in hitting something. If we couple this with wasted shots from Lasguns at greater ranges then its looking like a pretty bad idea. If one was to max out a Guard squad for small blasts I would suggest;

You’re only gaining 2 blast templates over a base squad and that seems like your best configuration for getting blasts in a BS3 Guardsmen squad. Sigh.

With BS4 you need a 6 or less on two dice in order to get a low enough scatter to still hit your original target point. This takes our to hit percentages for rolling an arrow up to 41.667%. And the final to hit chance is 60.5%. Which is a lot better! But wait, a Veteran hits on a 3+ or 66.66% so a small blast is a lot worse with a Veteran. Scrap that.

I looked into large blasts too but you can only get a single Demo Pack for Veterans which is effective, but risky due to its short range.

Stick with the Lasgun Trooper!

Cadian Camo Update with My Airbrush