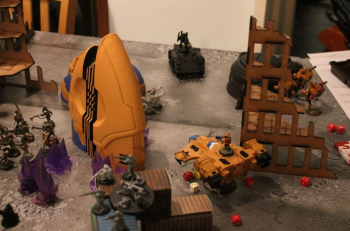 I want to improve the experience in terms of speed for report writers on my other site, The Battle Directory – http://the.battle.directory. My Cadian blog has a bigger readership at the moment so I’m likely to get more traction here on this subject than I am on The Battle Directory’s Blog.

If you’ve written a battle report before then you’ll know how time consuming the exercise can be. What is your most time consuming task when report writing and what can be done about it?

These are the features that are already in the pipeline;