My thoughts and learning from being battered by Space Marine Salamanders.

Its been three months since my last post, too long, far too long. But I am here now, 1st post of 2016! Happy New Year! Anyway. A friend visited with his Salamanders last weekend, we have played before, this time we got three games in between the Astra Militarum and those pesky fire loving Space Marines. A single 1,000 point game on the Friday night and then two 2,000 point games on the Saturday. I’ll just cover the 1,000 point game now to ease me back into blogging and because the 2,000 point games had 7 Drop Pods in so they were a completely different type of game anyway. So here goes – Astra Militarum Vs Salamanders.

The first game saw no Drop Pods from the Salamanders, both us fielded a fairly classic list I feel. Quick run down of my 1,000 point Astra Militarum list; 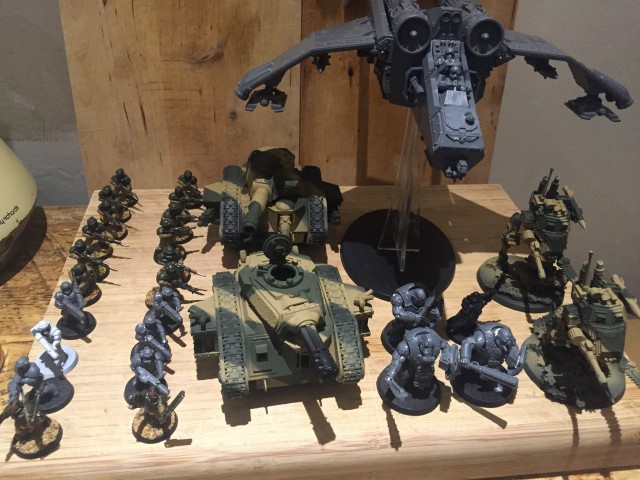 We played the Escalation Maelstrom mission where the number of cards you have is equal to the tun number.

A thread of thought that keeps coming to mind while writing this and thinking about my 2,000 point games is that there are a few new certainties for me when it comes to writing future lists. The below are all now must includes for me due to their effectiveness in my weekend of games.

The Valkyrie has never really performed for me, I took it in the past because its a flyer, its an effective delivery system for Veterans – not because its a weapons platform. That all changed during my games this weekend. I usually field the Hellstrike Missiles as they are free and powerful. They are one shot though and if they miss then they are lost and the Valkyrie is left with just a Mutlilaser (or Lascannon if you take the upgrade).

This is the first time I took it with Multiple Rocket Pods, it was a risk as they are useless against other flyers and I know my enemy owns a Stormtalon. The Hellstrikes are also useless against flyers too over 50% of the time so it felt like a decent risk. Luckily he didn’t bring it.

I was lucky with my large blast hits and those that scattered did so only slightly. I was seeing 14+ hits from the two large blast templates against groups of Tactical Marines, this lead to some wounds being lost and models removed. It felt like these Rocket Pods were ripping up the Salamander Marines. Something I did not expect to happen with a S4 AP6 weapon but it was working and Marines were falling.

The Valkyrie (I think) arrived on turn 2 which was great as the Marines were still foot slogging it up the battlefield and no shots were ‘danger close’. It also meant I could get in two shots while zooming before I needed to either turn, leave the board or go into hover mode.

I took the Lascannon upgrade in this 1,000 point game, waste of time, it just missed the whole time. I won’t take it again. I can hear you all shouting “BUY A VENDETTA” – I know I know they are awesome, one day. I still have an unbuilt Forgeworld Punisher Vulture too! 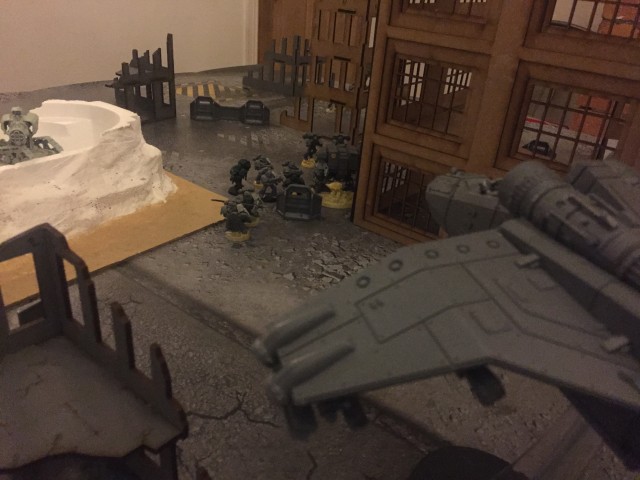 It has been a while since I fielded these big brutes, but I figured it was time and they would be handy for their melee abilities once things got messy with those Marines. And they were handy! They are just bullet magnets, they soak up so much fire as they keep slogging it up the battlefield.

The photo below shows them marching up towards the Tactical Squad and a Dreadnought. I forget if they ever made into combat with the Dreadnought or the Tacs, but I do remember them just soaking up fire from missed shots, armour saves and cover saves. They took some heat away from my Veterans, Wyverns, Manticore and Pask – even the Thunderfire Cannon was poor against them. 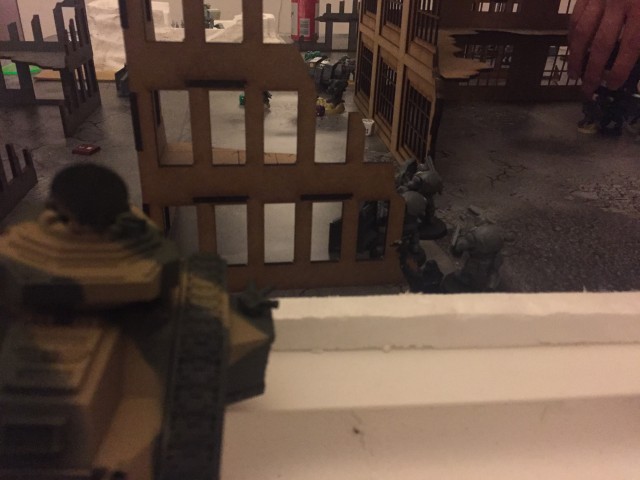 Everytime I take Pask I am surprised by his effectiveness, I think its because I forget about his Warlord Trait and his extra Rending effect on the Punisher Cannon until I am setting up and rolling for a Warlord Trait – then I remember and don’t roll. His Battle Tank buddy just lobs shells into the distance and softens up infantry targets or wrecks armoured threats. Meanwhile any Marine that comes into range is just shredded.

Sadly he was lost at war during this game though, flanking Marines with their Krak Grenades managed to get into assault with him and wrecked him easily. That was entirely my own fault as I should have moved him away and slotted the Marines with the Punisher before they got that close.

I remembered to take Dozor Blades too, which saved me once if not twice during the game! I was so happy to roll that one and then not a one. Points well spent. 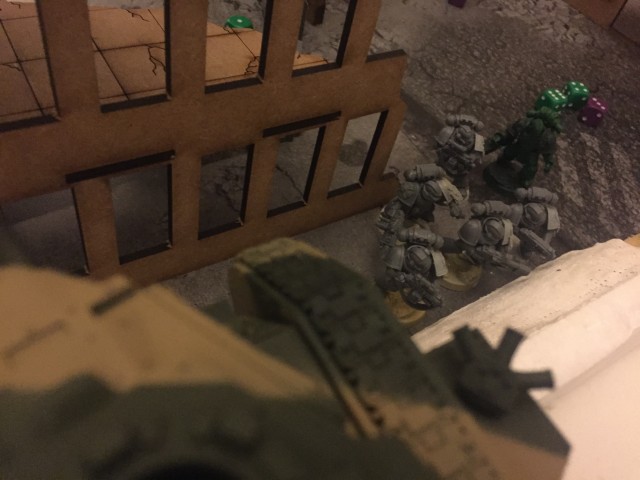 Pask’s hull shortly before he was killed

These were already an auto include for me, and this game they only reinforced that belief. Small blasts were hitting Marines and knocking them out all game.

Summary of Astra Militarum vs Salamanders

I lost the game by a lot of points. I did get Kingslayer for 3VPs plus 1 VP for a Pysker kill plus the normal 1VP which was really nice. But it was not enough. I didn’t get tabled though! 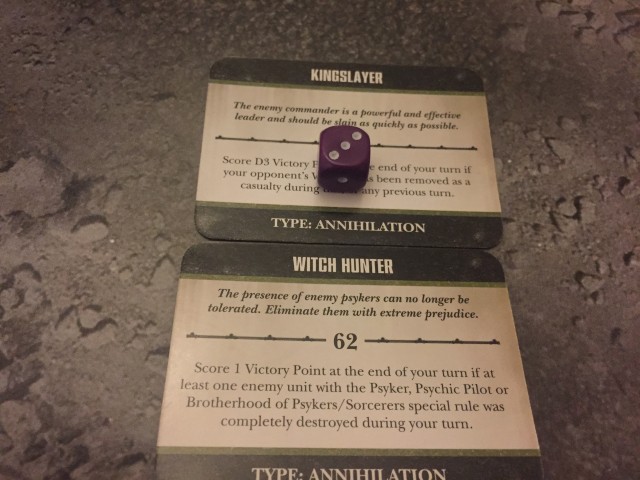 That is all for now, 2,000 point Astra Militarum vs Salamanders debrief coming soon.