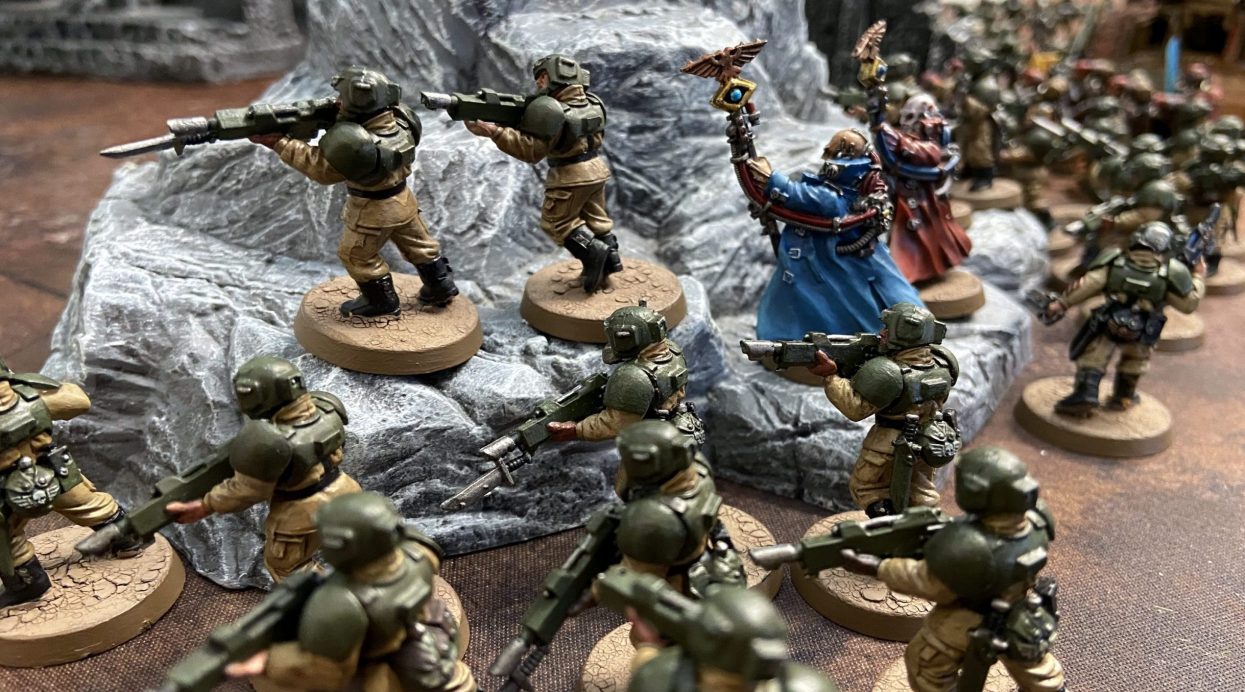 My first Astra Militarum vs Blood Angels game in a long time. I am playing Sanguine Sons’ Blood Angels from Instagram in this game, expect to see more games against these models in the future.

This is my opponent’s first two games of Warhammer 40,000. I went for an all infantry list in my first game at 500 points and then a little more infantry in my second game with a light sprinkling of heavier weapons – a Manticore and Tank Commander for the second game, 1,000 points.

We shall be back against in August with a 1,750 point game!

I went for an all infantry list – because ya know, it’s fun – that may have been a mistake given how well Marines can put down Toughness 3 models! And just to further seal my fate I took Ratlings – which are Toughness 2!

The Ratlings were my MVP, they did the most damage to the enemy units putting down almost all of the Death Company Assault Marines and the Chaplain over the course of the first two turns. When you roll hot on those 6s, they really make a difference – and I brought 17 of them, the 6s were happening!

The Plasma Guns in the squads were a disappointment and failed to do anything of any significance over the course of the battle.

I did lose this game, but a fair margin. Once The Death Company had carved their way through ten Guardsmen on turn one I was on the back foot – trying to kill them as quickly as possible while the Chaplain and Dreadnought made their way over to my lines to munch more Guardsmen.

A fun game and a pretty game! 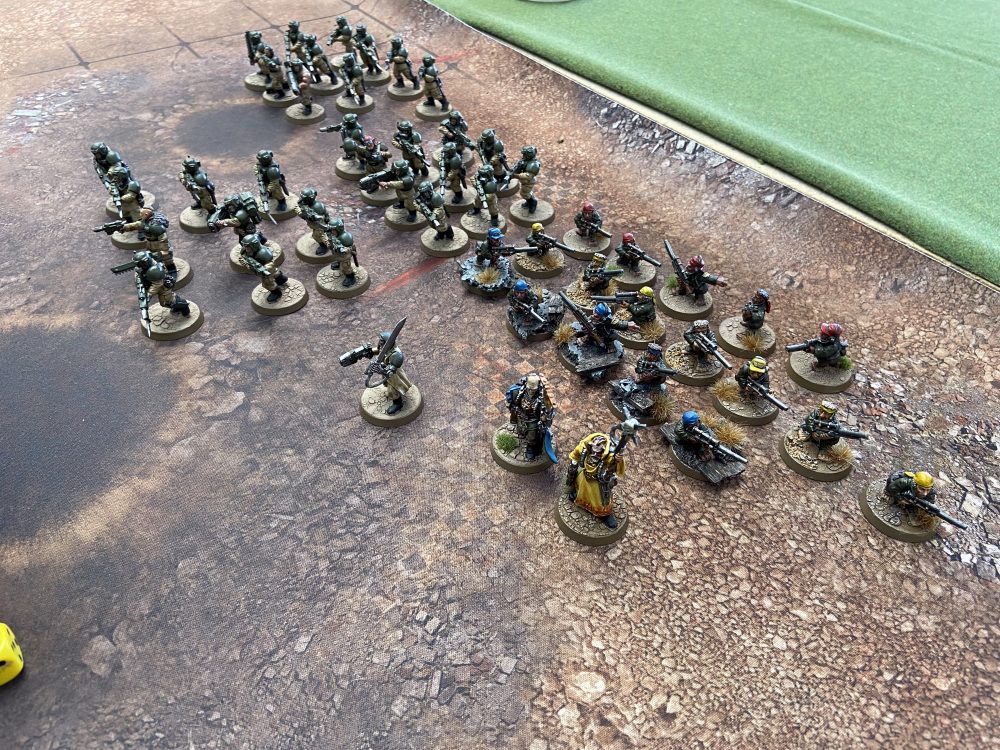 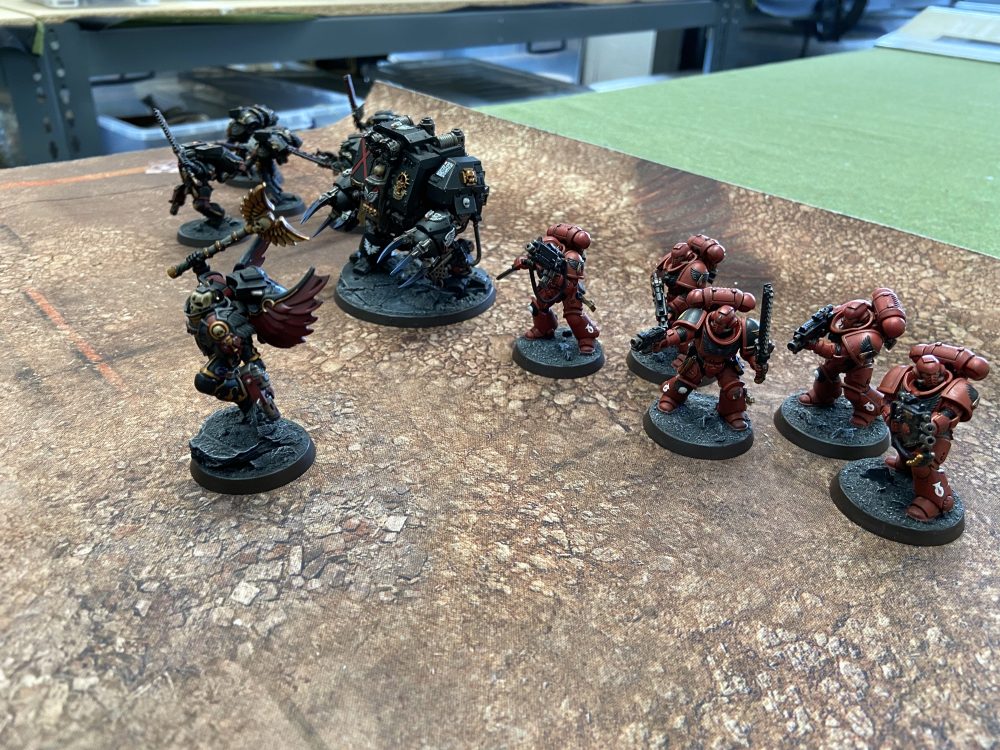 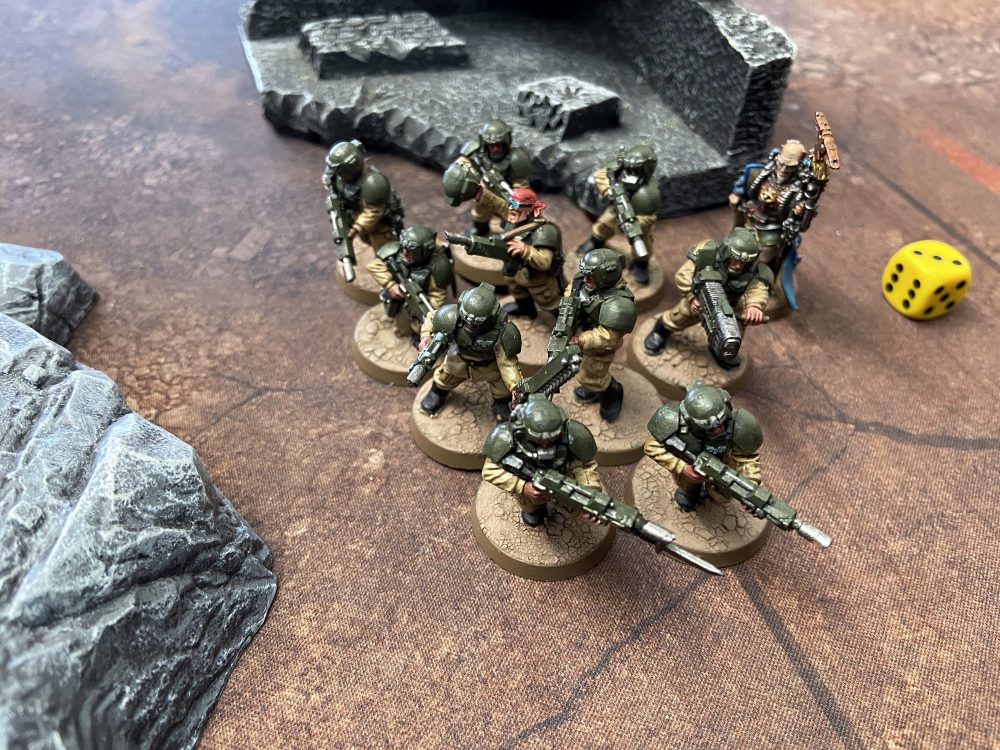 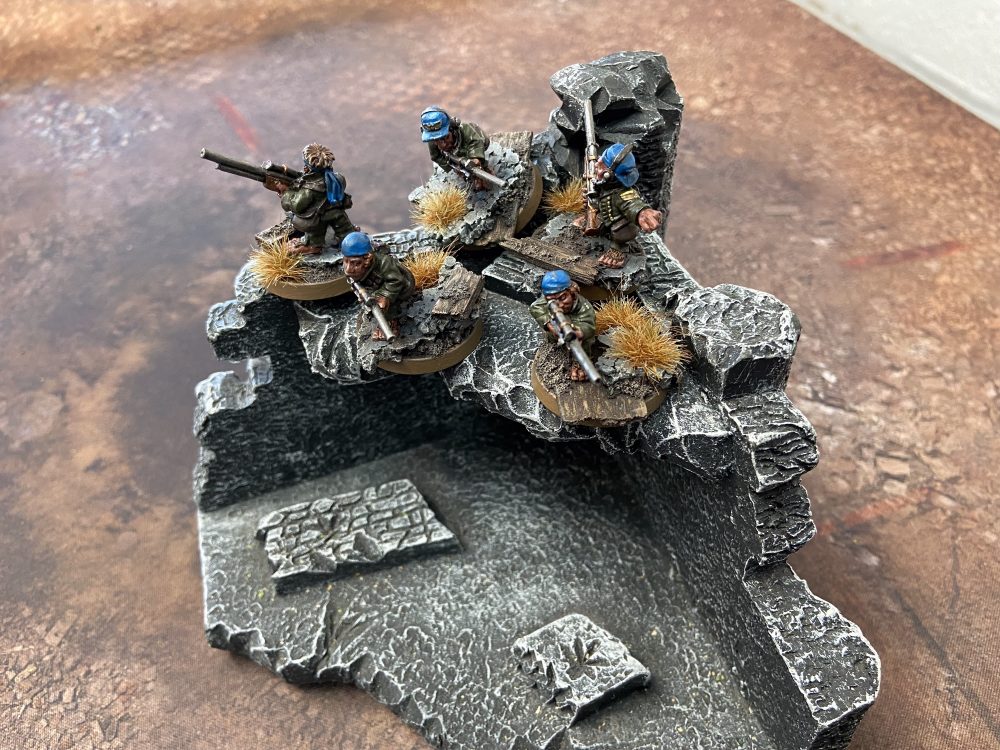 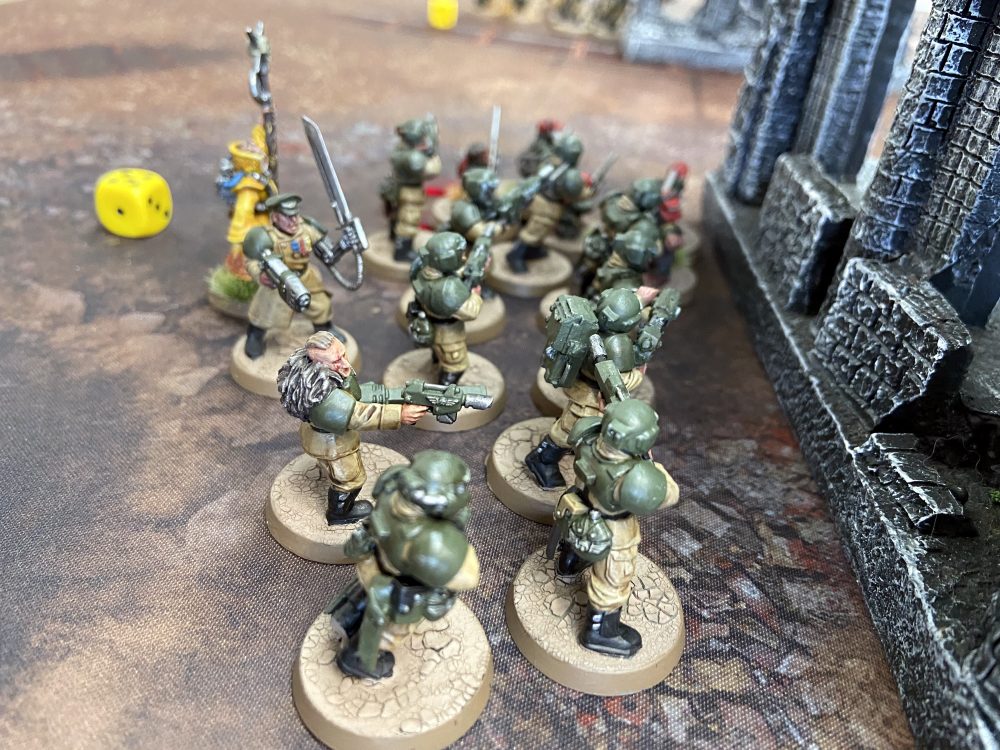 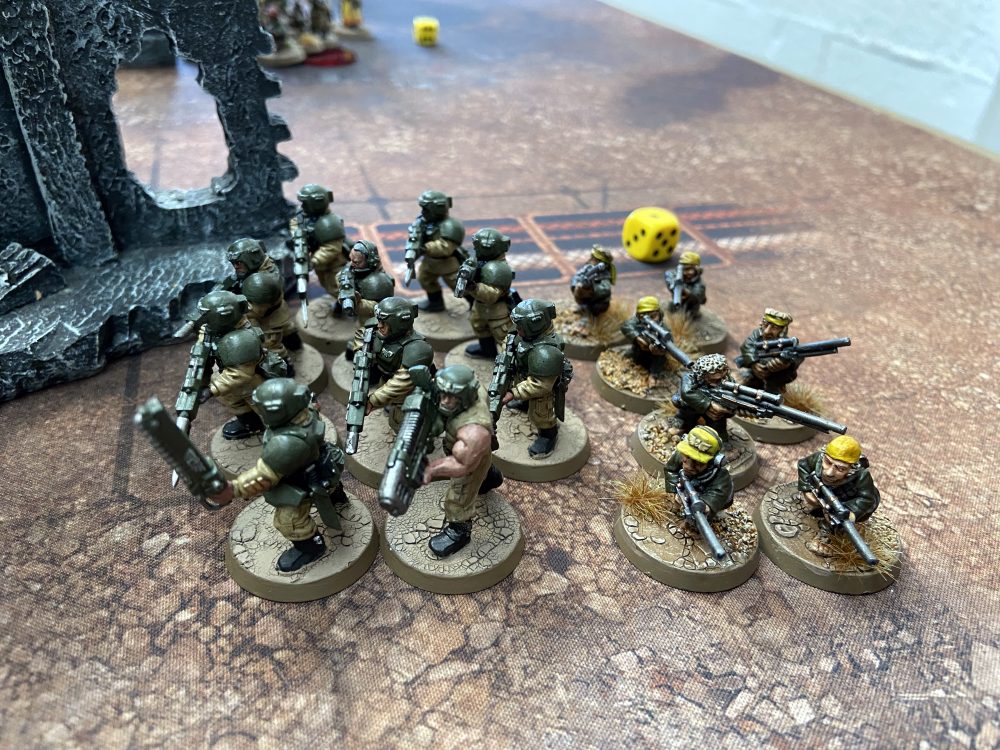 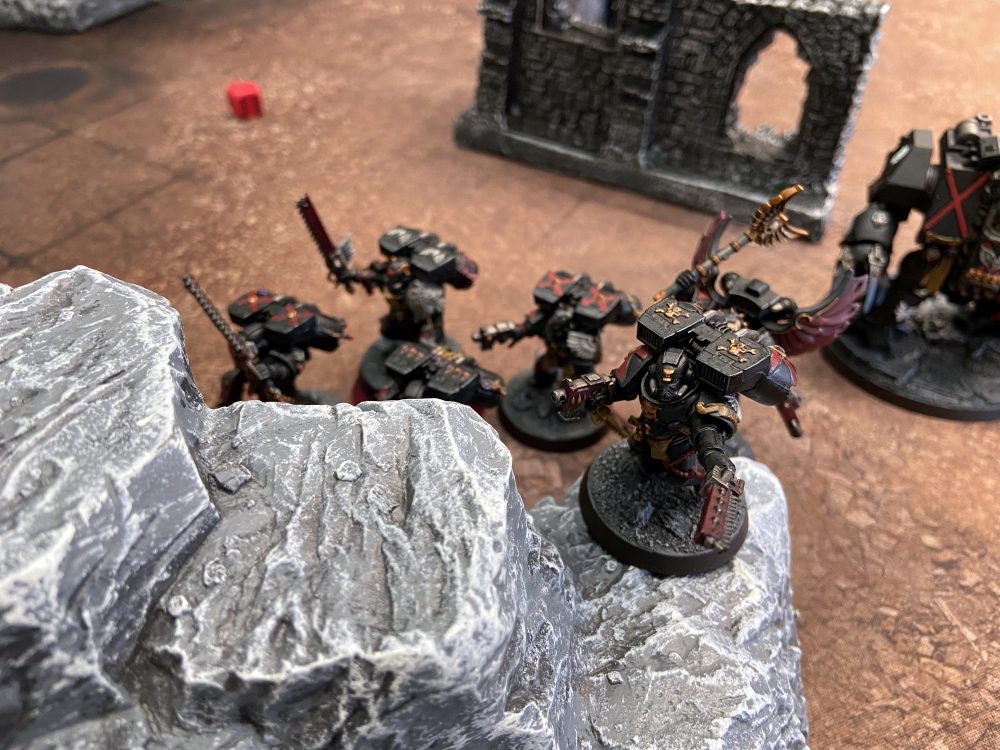 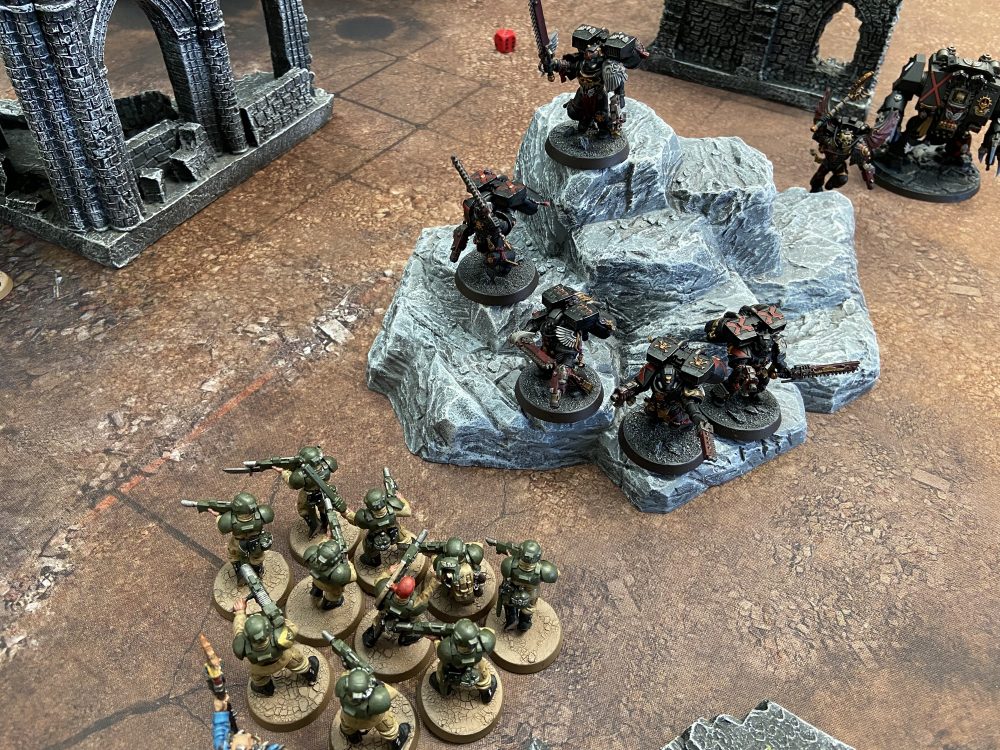 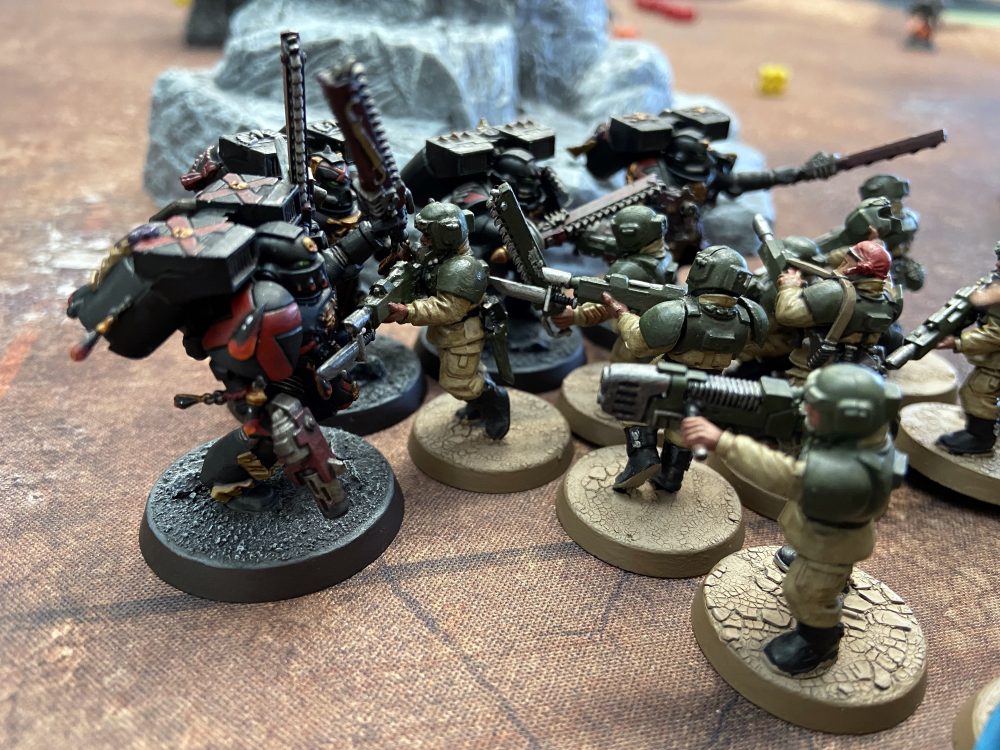 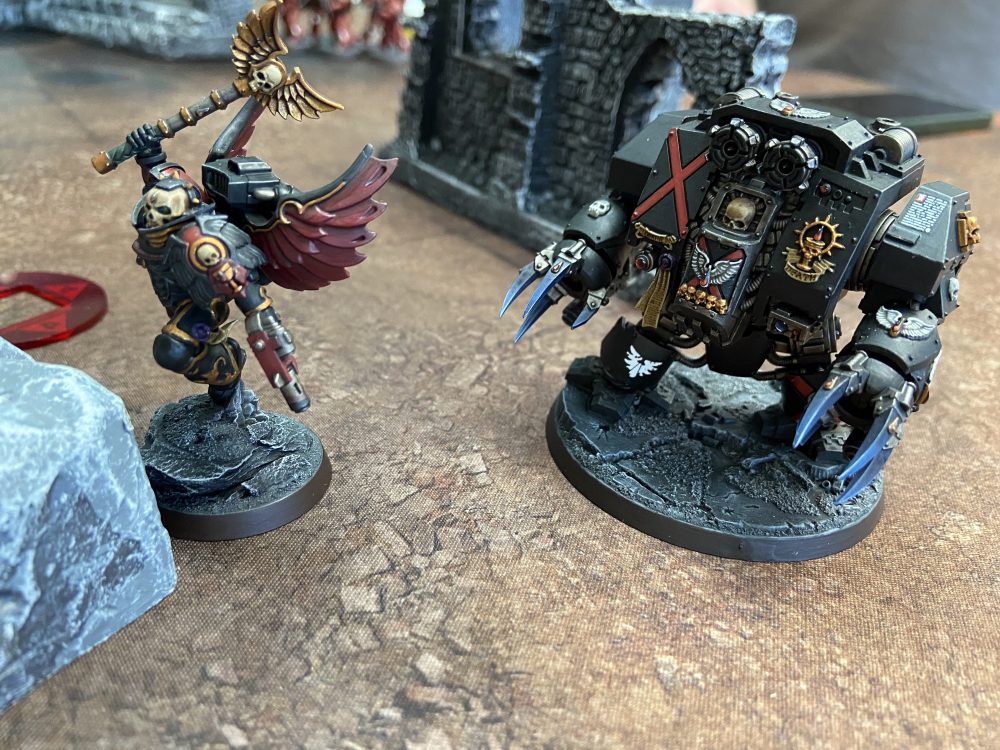 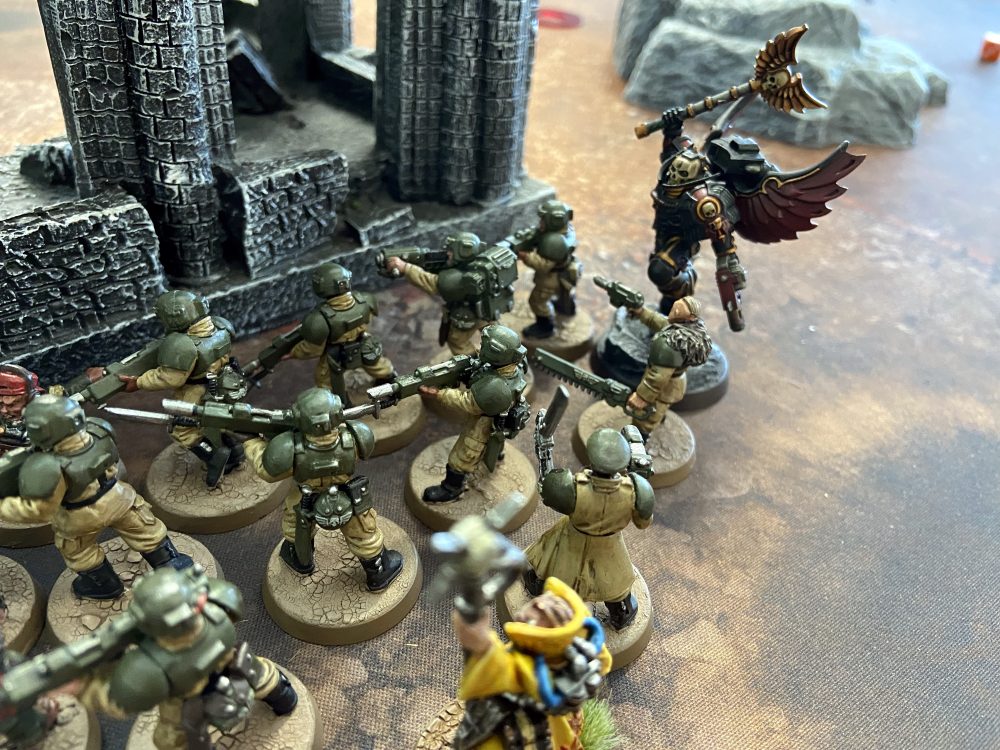 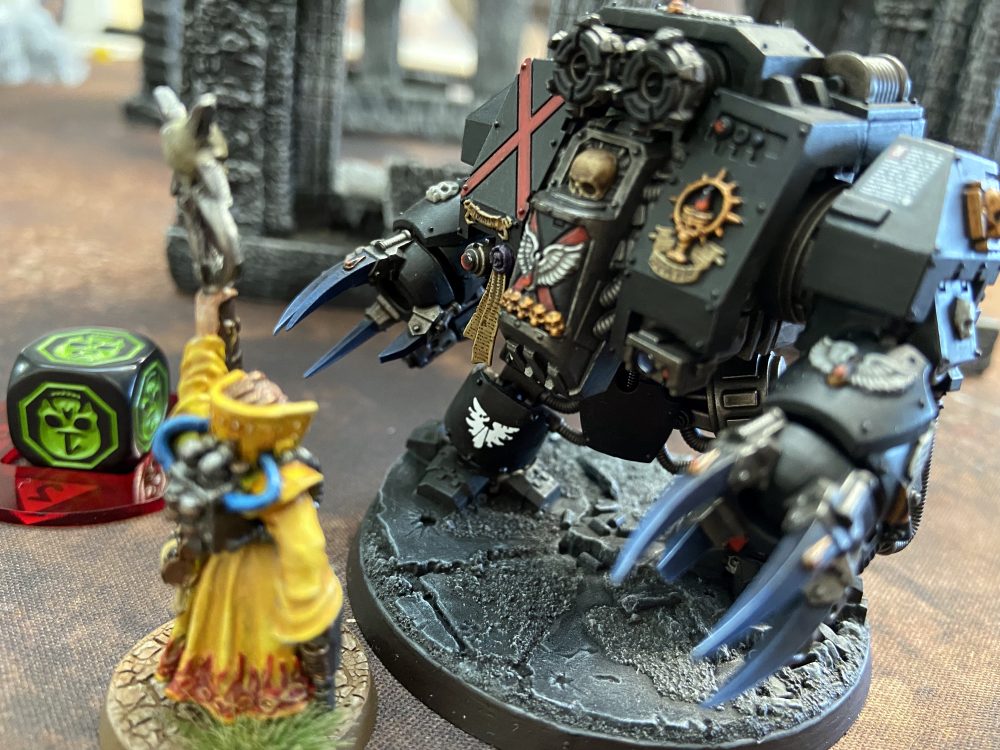 This was my first chance to use my Tempestus Scions! I think I need more practice with them though! They did not do a lot during the game and got focused down pretty early on thanks to them packing duel Plasma Guns.

This game was a loss, but it was a fun game and a pretty game!

I was cursed by the Manticore again – those 2D6 shots are just s**t. I think during the three turns we got in I rolled 3 shots, 4 shots and 7 shots, just awful and gaming losing I would like to think. But I did have some bad target prioritisation in this game. For instance, firing at the Dreadnought with the Manticore rather than firing at the hidden Intercessor Squad at the back of the battlefield on an objective. Killing those Intercessors would have denied the Blood Angels an objective and forced some other unit to drop back to maintain that objective.

The Tank Commander did well and just mashed the Dreadnought and Baal Predator once they got into range. Those Demolisher Tank Commanders are a must take at the moment, on these smaller boards, even in 2,000 point games – they have a lot of the board covered with their 24″ range.

Anyway, that is all from me for now… 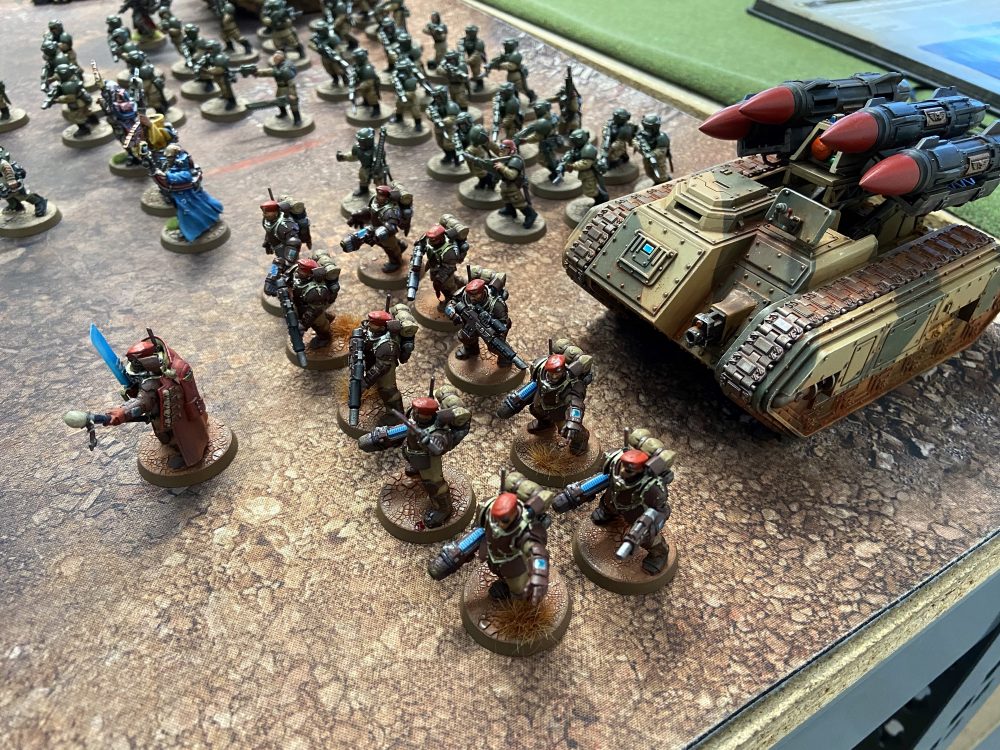 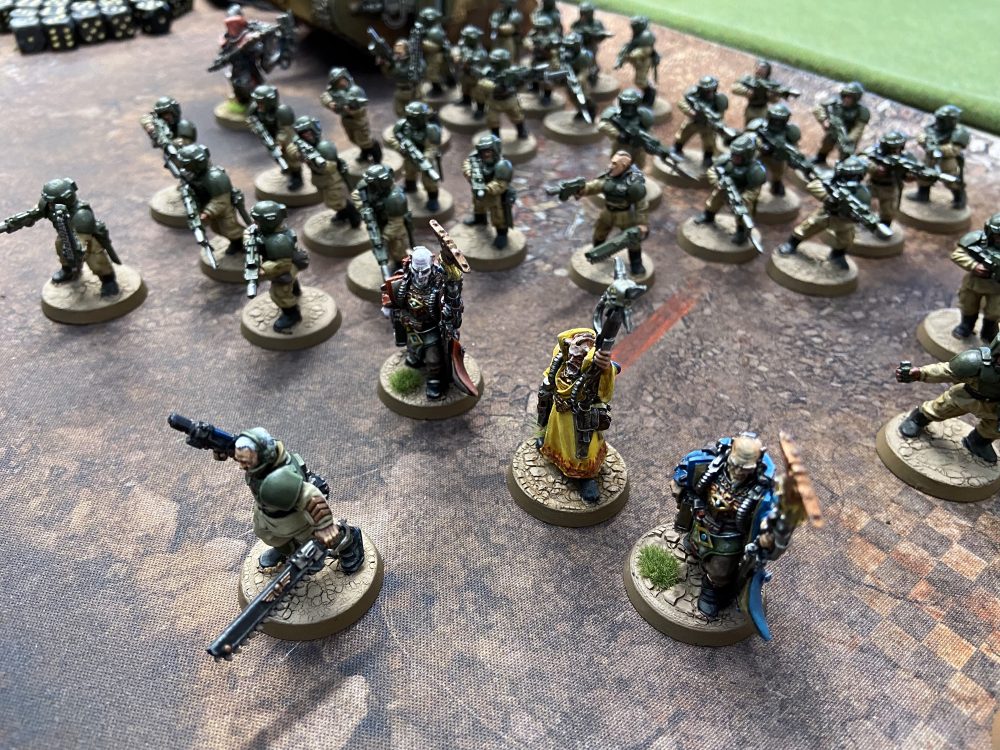 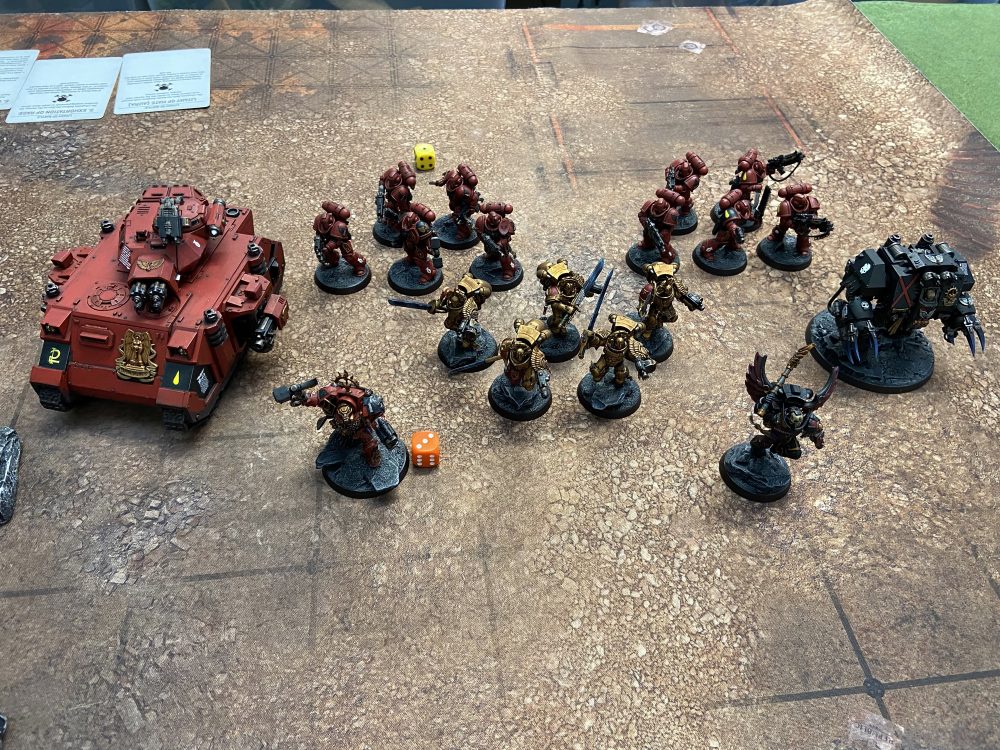 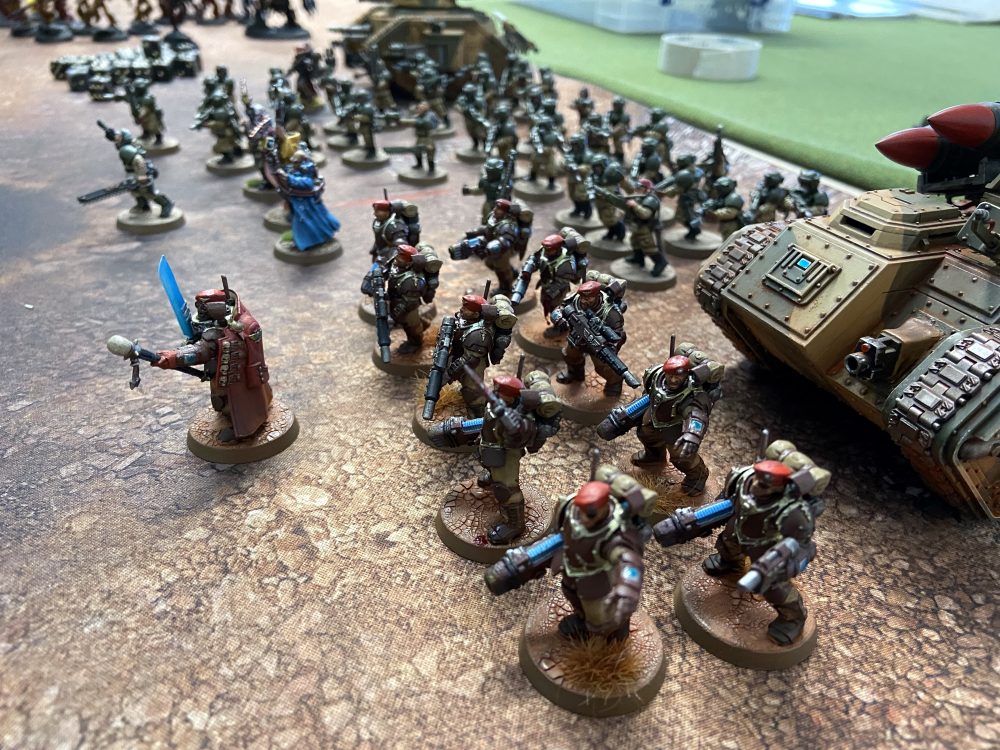 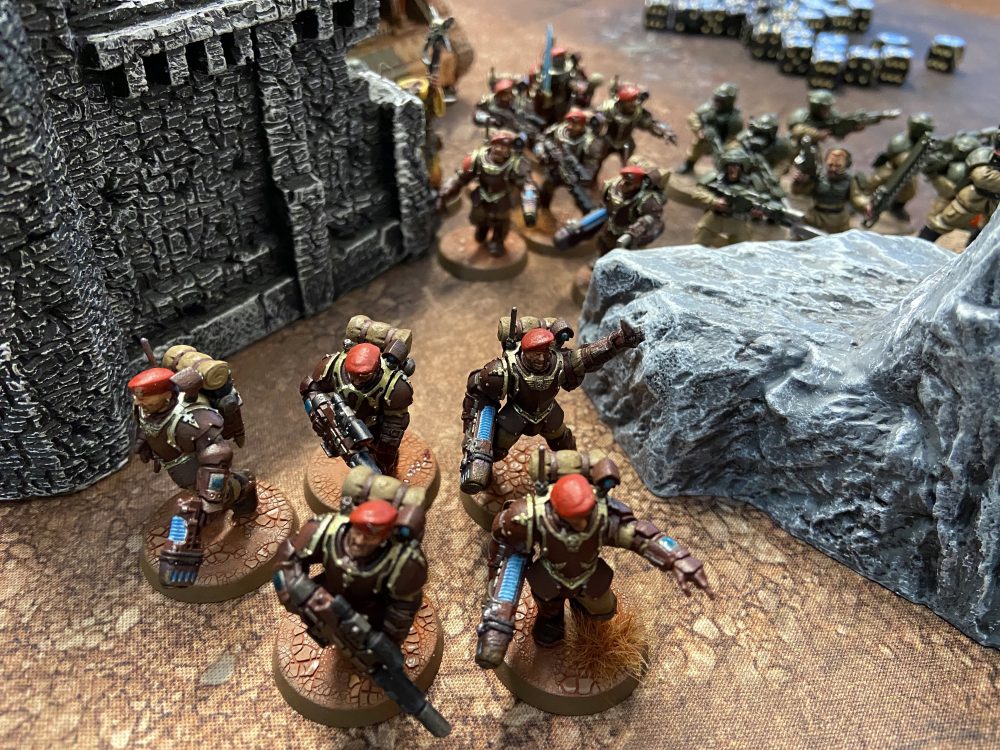 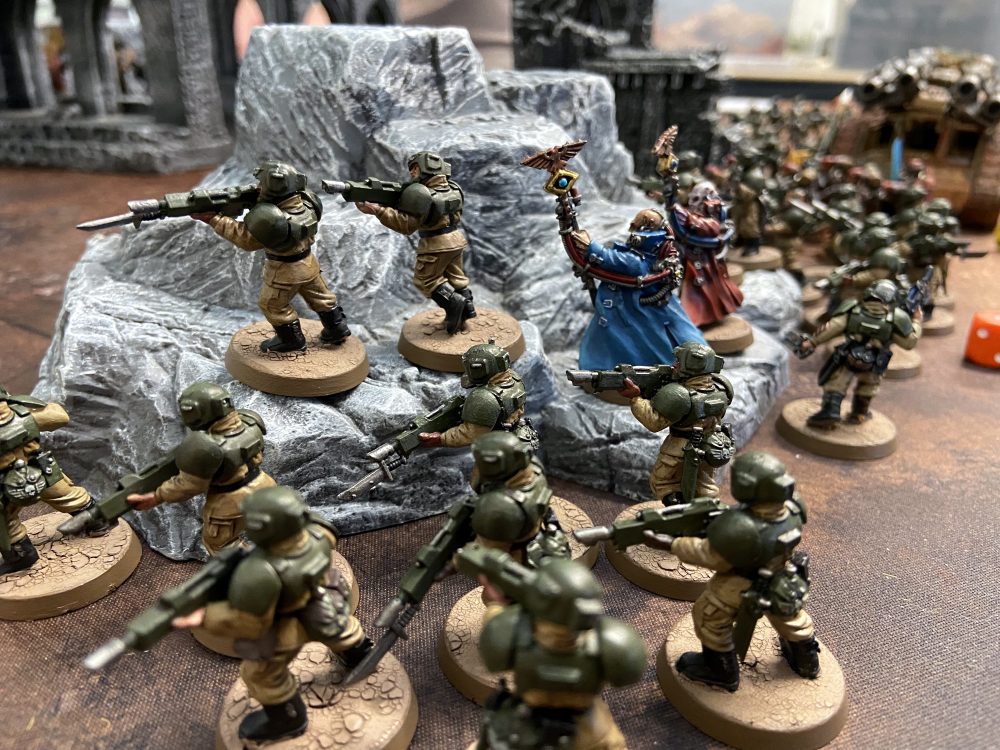 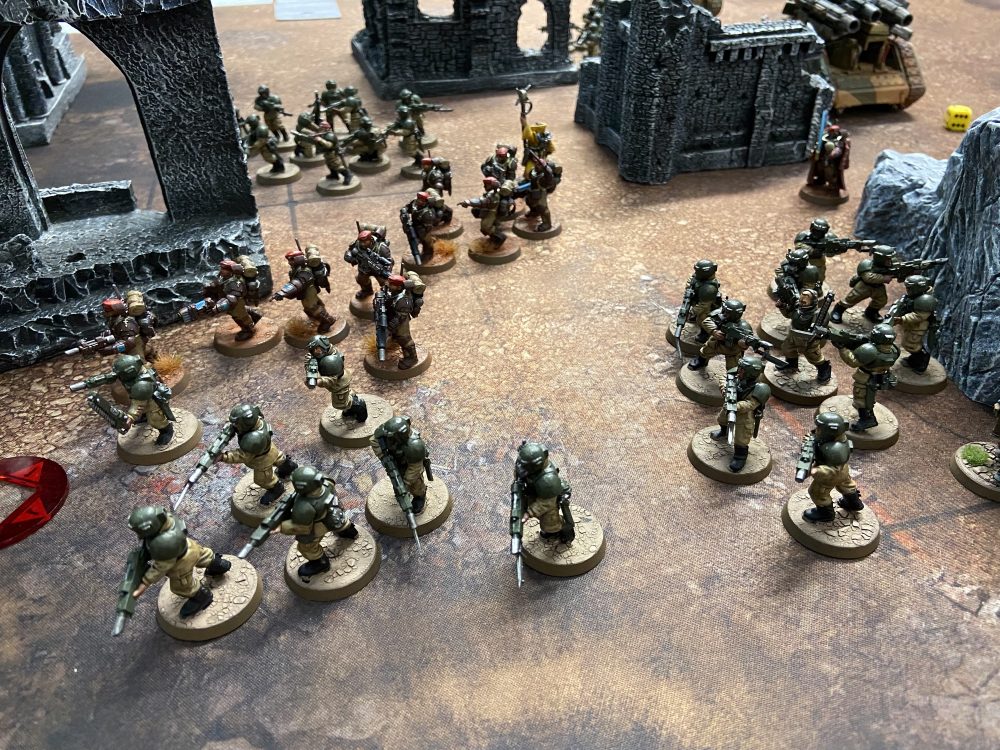 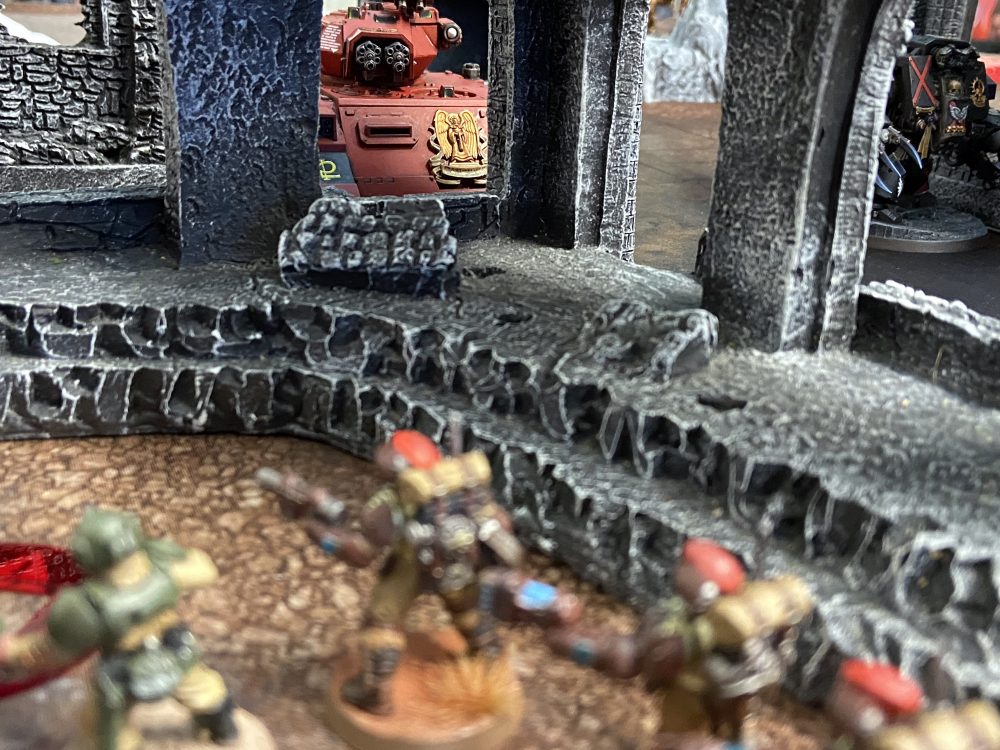 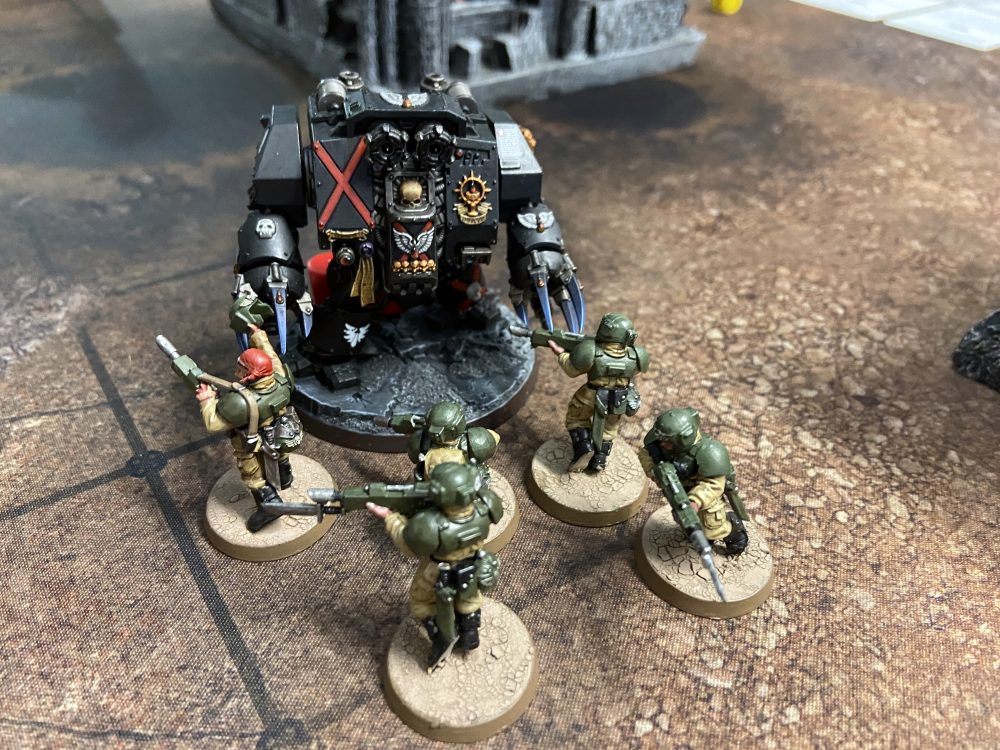 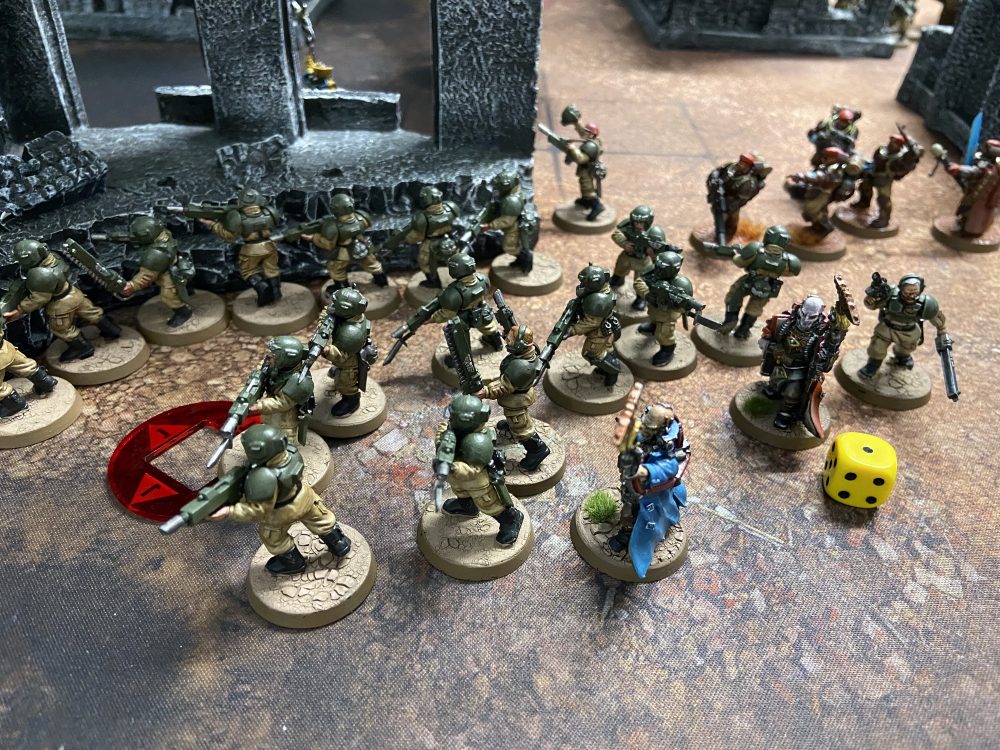 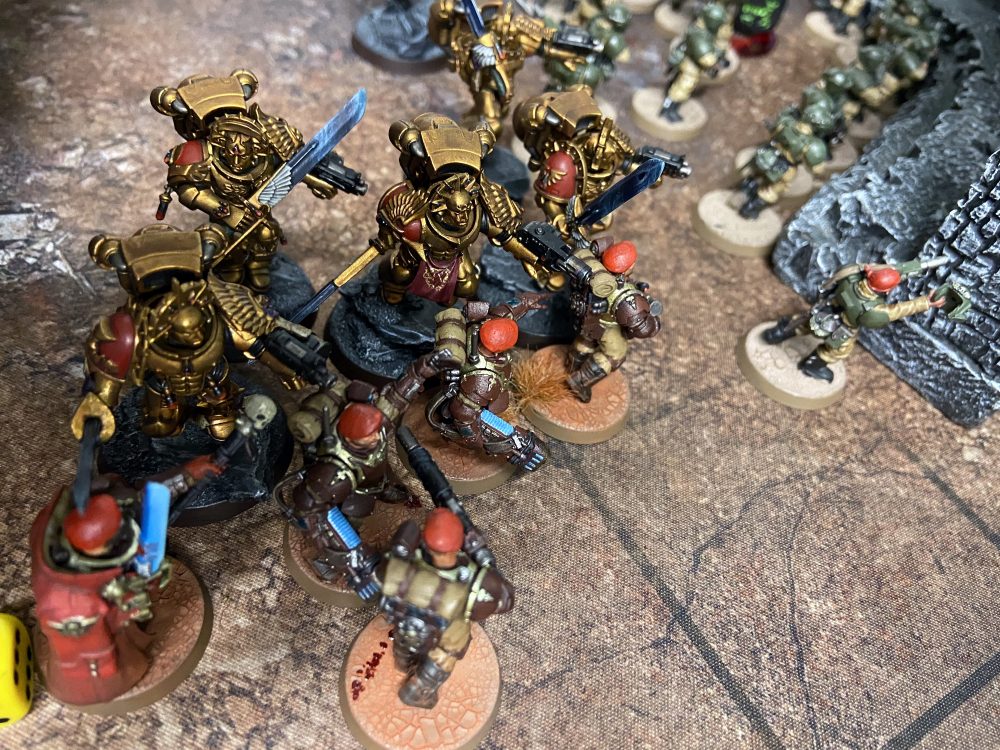 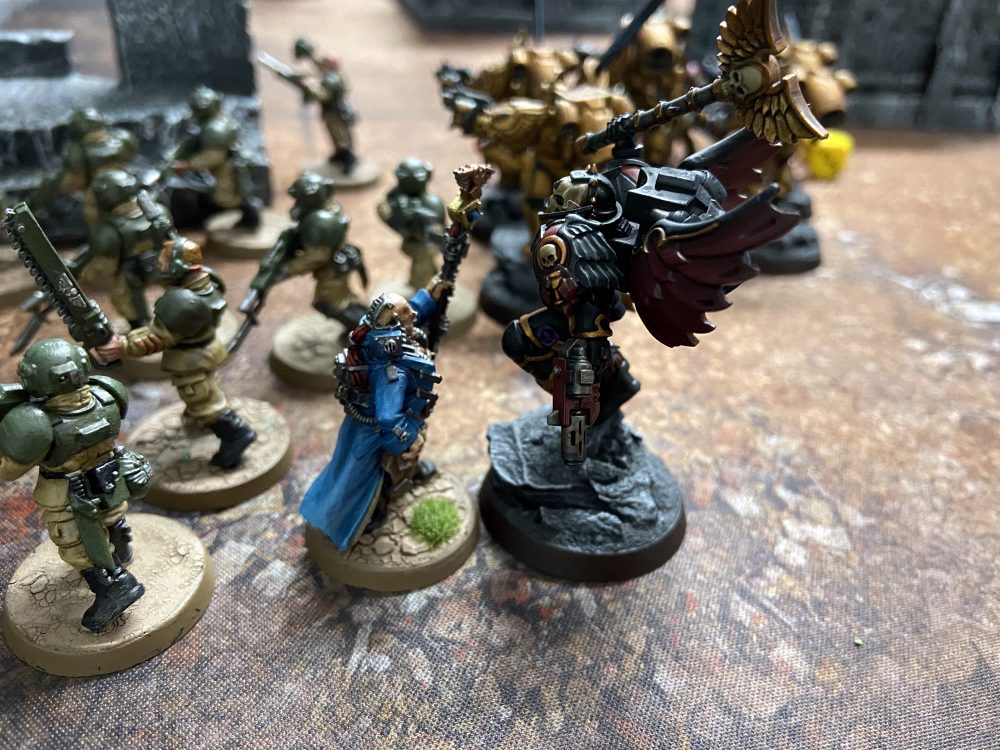