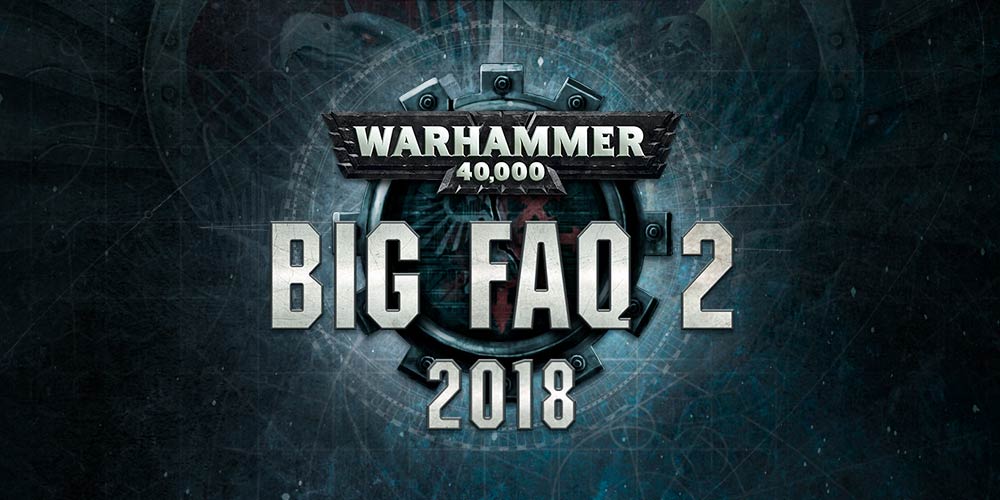 Games Workshop just gave us their Big FAQ 2 update for 2018. And there are some changes in there for us Guard players. There is also an Astra Militarum FAQ that’s worth looking at too for some slightly, but important changes.

This is a beta rule, for now. But it basically means the ability to regenerate Command Points from Kurov’s Aquila and Grand Strategist is now limited to 1CP per battle round.

While this isn’t great news, I am excited to take other Relics and Traits because before now the others didn’t get a look in. Now it’s probably only worth taking Grand Strategist or Kurov’s Aquila but not both.

This is also a beta rule and it aims to help those forces that end up going second weather the storm. For 2CP you can gain the benefit of cover for your whole army for the first turn. Titanic units don’t get this benefit though.

This I am looking forward to using one and giving all my Guardsmen a 4+ save and all my vehicles a 2+ save!

I can’t tell if the old Tactical Reserves Beta Rule is now official or not? But they’ve updated it so that no reinforcements can arrive in the first turn at all. Not even in your own deployment zone. And this new rule is a beta rule.

As mentioned in the comments by West Rider, the changes to Fly are a substantial buff for Guard. West Rider summarised this very well…

Models with Fly can now only jump over Terrain or other Models in the Movement Phase, not when they Charge. That lets you push your screens out an extra couple of inches against Assault threats with Fly, since at the time they can jump over your screen, they need to land more than an inch away from any of your stuff, rather than being able to do it as they Charge, when they just need to have the bare minimum space for their Base to fit.

These are a bit harder to pick apart as they are smaller changes.

Firstly there is no points increase for Guardsmen, thank goodness. So we still have our 4 point meat shields.

These guys can now be used on Wyverns, Basilisks, Manticores and Deathstrikes now. I rarely use the Master of Ordnance because Cadian Regiments re-roll ones anyway. And his Bombardment is meh.

I didn’t spot anything else major in the Astra Militarum FAQ – did you?