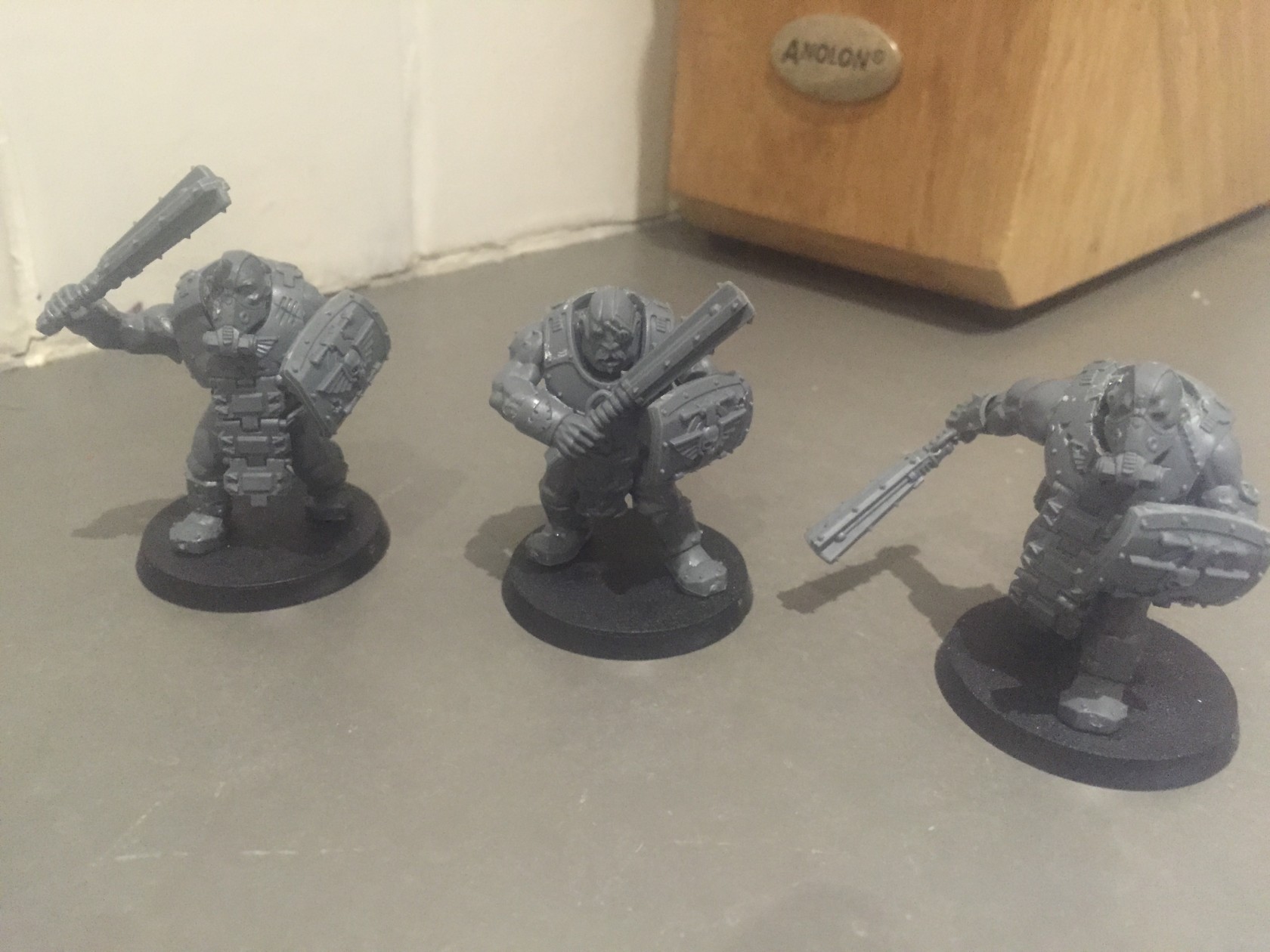 The term ‘Deathstar’ is banded around a lot in 40K, my own view is that its a selection of units that make up a powerful force, both in terms of damage output and durability. It’s overall effectiveness is greater than the sum of its parts. Although this view point may change as I write this article. based on this I decided to set myself a little challenge;

So this means I have to rule out the following;

It’s worth bearing in mind that I’m not taking this too seriously and I am by no means qualified to do a task like this justice. So expect this to be more Failstar than Deathstar. I also know some people don’t like the term Deathstar as it essentially means nothing – such units can always be dealt with somehow or avoided completely. This is just a little fun.

I’ve decided to create more than one Deathstar too. Different games may require a different approach due to the enemy I’m facing or the points limit.

This is a well known unit combination. It’s simple and effective at a specific job – melee. It’s not exactly a Deathstar unit but the Priest gives a nice boost to the Bullgryns. He, the Priest, makes the Bullgryns Fearless and allows them to re-roll failed to hit rolls in the first round of assault due to his Zealot special rule. The Priest is also able to use a War Hymn if he passes a Leadership Test – in assault only. The Hymn I’d choose allows all failed saving throws to be re-rolled. I’d equip the Bullgryns with Storm Shield (5++) and Power Maul (2+ Strength), AP4. In short the Bullgryns are;

For a Guard army this is pretty good. The other two War Hymns to choose from allow either;

I’ve opted for re-rolling saving throws because the Bullgryns are not that survivable, their armour isn’t great and they’ve only a 5++. They also have a low Initiative so often won’t be hitting first so need to survive that initial pounding. They also have a high Strength so wounding targets isn’t going to be too much of an issue as they’ll be wounding on 2+ most of the time.

I’ve recently used this combination and it was very effective as the specific task I wanted them to complete. They finished off a Sanguinary Guard unit in melee and then stormed up the board taking fire in order to hold an objective.

I sense a theme here with thePriest. So this will be the last Priest combo unless I figure out something truly magnificent.

Similar to the Bullgryns set up, the Priest will give out the same special rules and War Hymns to this unit. Allowing them to take heavy losses and keeping them glued to the spot. The nice thing here is that you’ve got a 50 wound unit that won’t run and needs to be ground down in order to be removed from play.

There are of course Challenges from characters that can end the Priest’s life prematurely, but without that unfortunate incident occurring you’ve got yourself a real tar pit unit.

I recently put this into effect against some Blood Angels and it worked really well, by bogging down a Sanguinary Guard unit with a Chaplin and a Librarian for 4 whole turns! That’s 8 rounds of combat. Needless to say my Conscript blob plus Priest was cheaper than that elite Blood Angels unit!

I have fielded this combination once and inflicted the following casualties;

This Leman Russ squadron used the following set up;

This again is a well known and popular little set up within the Imperial Guard and probably doesn’t constitute a Deathstar at all. Its more like one of the only decent set ups a Guard player can take.

This was put into great effect against the Tau recently as the above kill list shows. Pask was able to put loads of wounds on a Riptide, with Rending many of those wounds only had a 5++ save and those that had a 2+ save were so numerous that some had to get through. The Battle Tank then split fire and wiped out 5 Pathfinders too. For a single turn of shooting thats pretty impressive.

The Punisher only has a range of 24″ so you need to get close and use Split Fire effectively so your Punisher is shooting close and your Battle Tank is shooting into the distance.

Finally its worth saying that the firing order of Heavy Bolters and Battle Cannon is important – as always. If you’re shooting as a tight group of Kroot then use the Battle Cannon first, then use the Heavy Bolters second to clear with the stragglers. Better firing that way round to use the blast on the large group to maximise the number of models hit, rather than trying to hit a lot of models after the Heavy Bolters have perhaps carved a wedge out of the large group.

It turns out that a Deathstar needs one key ingredient which the Imperial Guard do not seem to have.

An extreme unit that can be made more extreme and exploited via its interactions with other friendly units.

So the point here is that you need something extreme to start off a Deathstar. You take that extreme and exploit it by either making it more extreme or buffing the unit’s clear weakness. Now you’ve not only got an extreme unit in terms of damage output or survivability but also a unit with no major weakness because its been mitigated by another friendly unit.

The Conscripts are a good example of this. 50 men is a great tar pitt but they’ll run in an instant so the Priest buffs this nicely. But problem with the Conscripts is that were not that great in the first case, so even with a buff they are still 50 squishy men with poor damage output. Sure they won’t run away and they will tar pitt an enemy unit for ages but they won’t do a great deal of damage – ever.