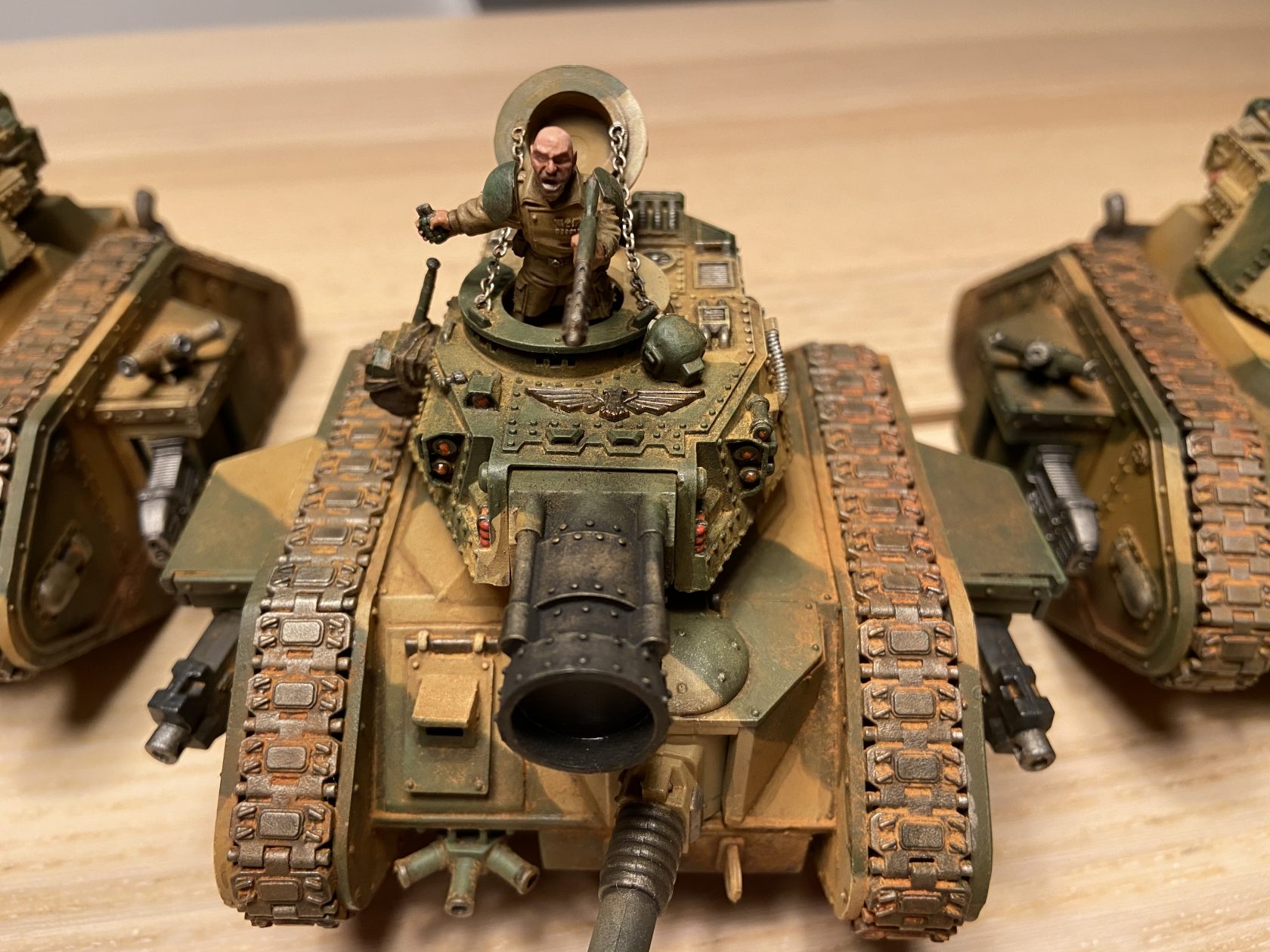 This may well be my final 8th Edition game...

At some point in the future, when the U.K. gets back to normal, I’m going to have what could be my last 8th Edition game of Warhammer 40,000.

I’ve played John’s Eldar a few times at Boards and Swords, and I have, somehow, won each game. He wants one final 1,750 point game using 8th Edition before we move onto 9th Edition. Just to see if he can get that win in against my Astra Militarum!

This article will cover the two lists that we will use.

We both wrote our lists blind then John sent me his list for this article.

Make a prediction now, before viewing the lists… will John beat me in this final 8th Edition game? 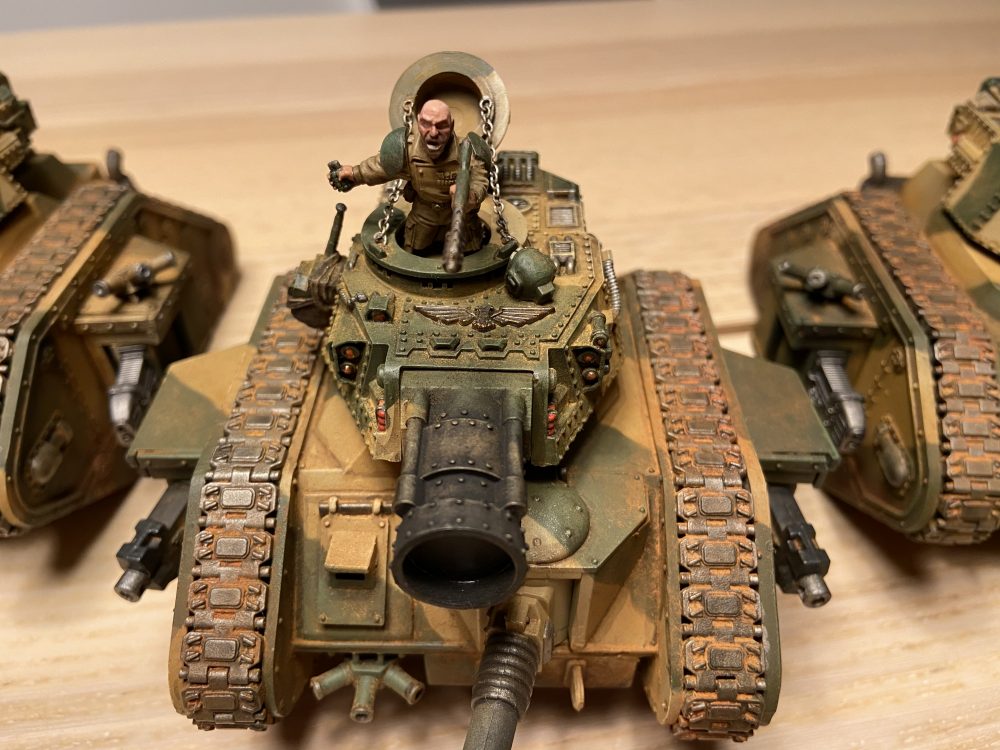 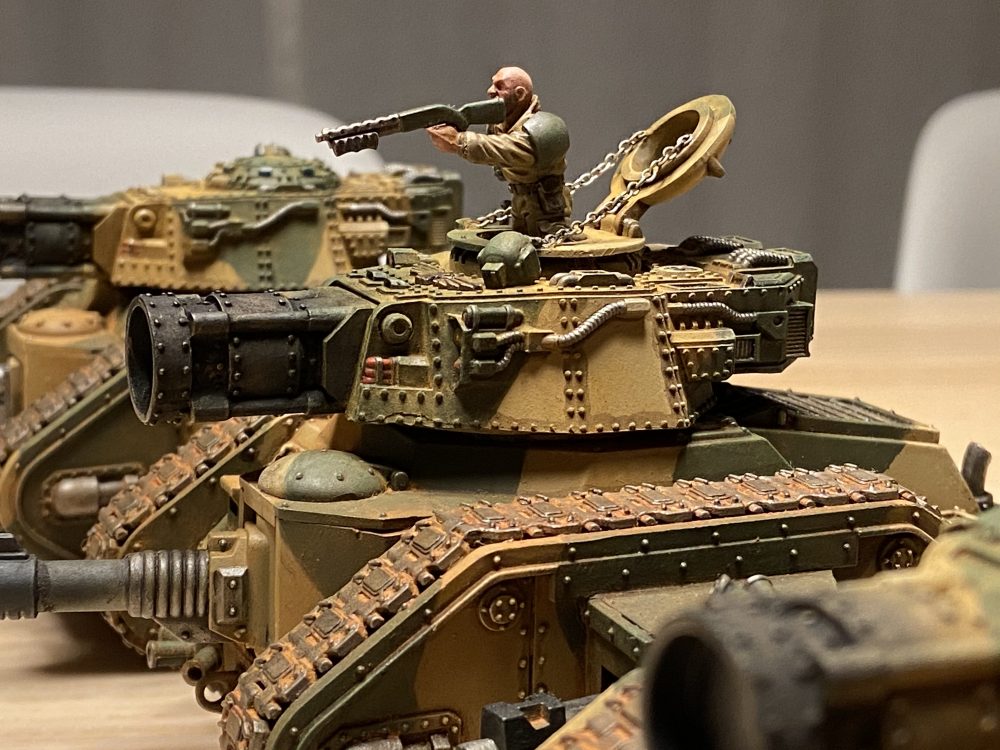 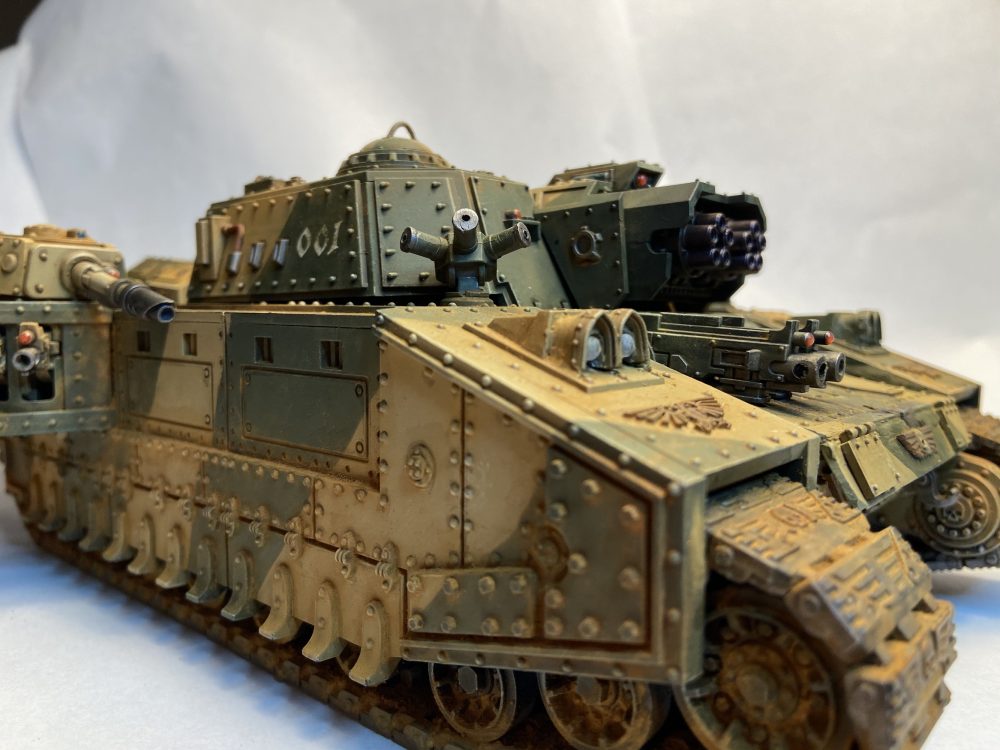 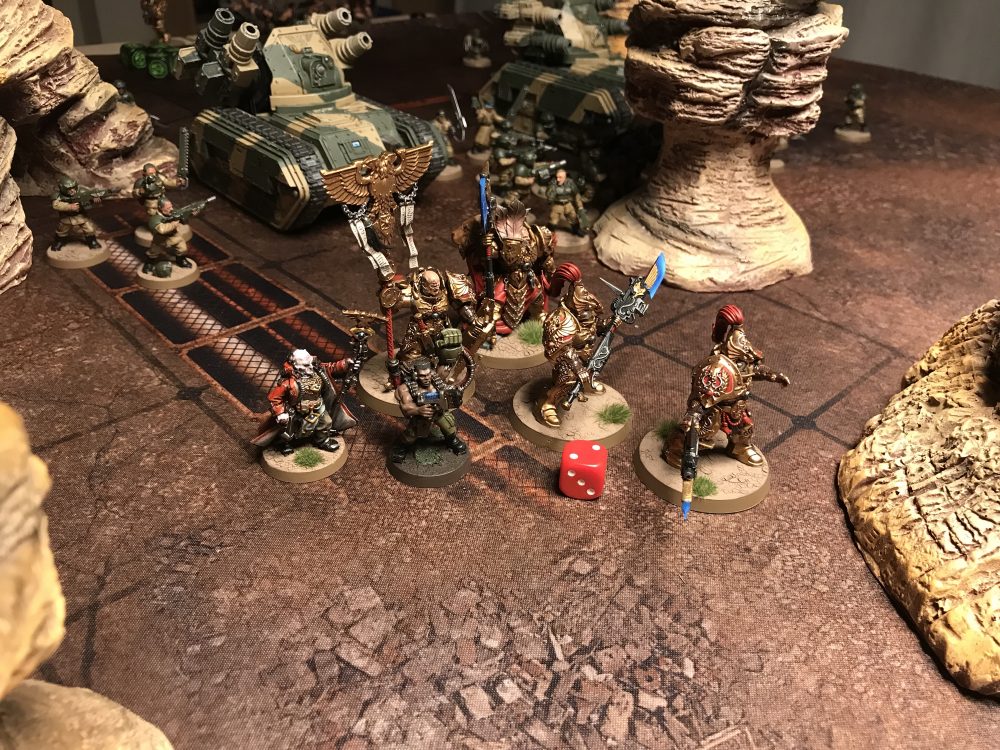 I see this force working in two separate sections on the battlefield.

The Stormlord will be deployed upfront with the Cadian infantry and the two Company Commanders inside. The Custodians will deploy behind it and hide until the Stormlord is in strike range of the Eldar. Then all the Cadians can pile out along with the Custodians. I think heading for the centre of the table or a valuable objective, sometimes in the enemy Deployment Zone would be wise with these guys.

The Tank Commander Demolishers can form some sort of an advancing wall of firepower that’ll just shred anything in their path. Be that infantry with 27 Heavy Bolter shots in total between them or vehicles being pounded by their Demolisher Cannons. They can head somewhere else on the table and be a menace elsewhere.

Well, there is a lot of infantry here! We made our lists blind – I have a decent amount of anti-infantry but those Fire Prisms and Dark Reapers can make light work of my Stormlord and Tank Commanders. It would be cool to see Trajaan go into combat against one of the Eldar characters.

Screen against any charges from the bikes and Striking Scorpians is going to be hard if my Troops are all inside the Stormlord.

Should be a fun game!

Now make another prediction after viewing the lists. Has it changed? 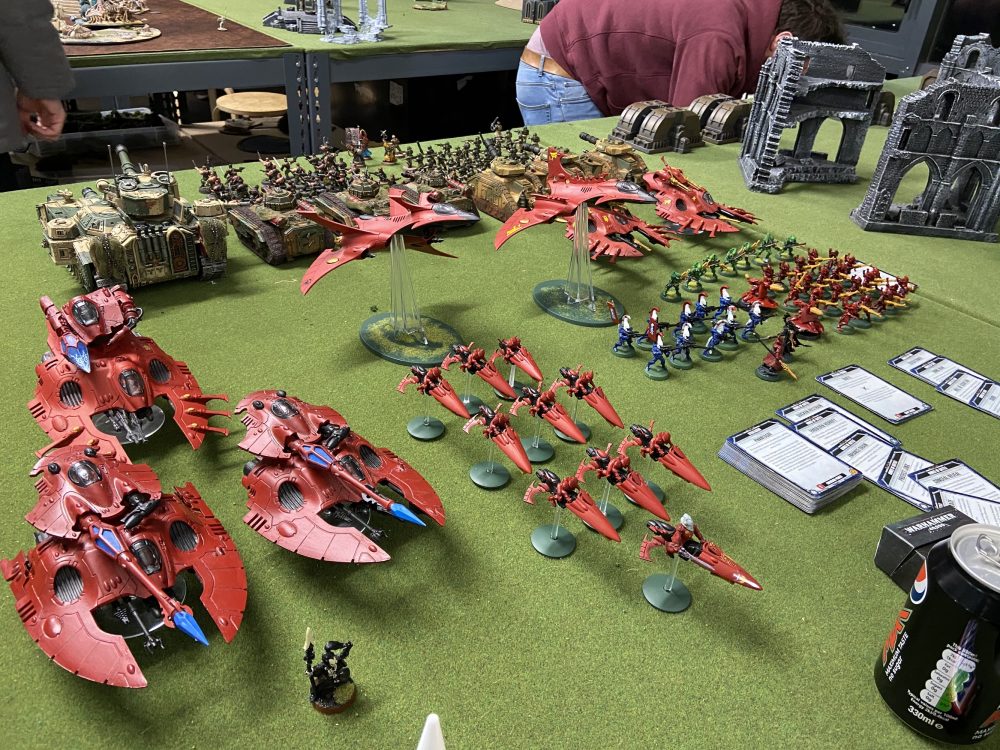